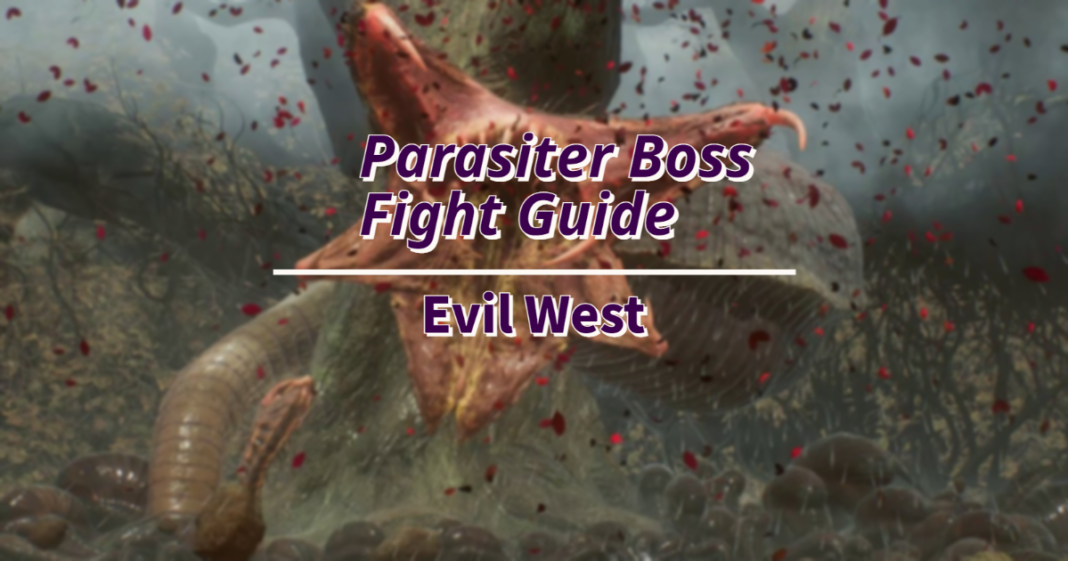 As you progress to the 7th Level: Smoke and Mirrors in Evil West, be prepared for an intense battle with your first boss- the Parasiter. Crafting an effective plan and honing the necessary skills will be essential for achieving success in dismantling this boss. The battle is broken down into three progressive phases, each becoming more difficult as the fight continues. In this guide, I’ll tell you how to beat the Parasiter in Evil West.

Beating the Parasiter in Evil West

Before engaging the Parasiter, it’s essential to remember that this battle will be quite troublesome. Fortunately, you can start the fight by fulfilling certain conditions and taking down its smaller tentacles first to expose its weak spot. Then, once you spot your target, take aim and fire twice amid a quickly intensifying environment.

Beware of the central tentacle, which may launch a noxious acid spray. To evade it, quickly jump back and shield yourself. To maximize your damage, focus on one tentacle at a time and take advantage of the exposed weak points. After you defeat the two smaller tentacles, a weak point will be revealed on the central tentacle; from there, you must keep firing at it with your rifle until the second phase begins. Don’t give up — keep shooting!

During the first and second shifts, an enormous head slammed into a tree in-between stages, causing a deluge of boulders to cascade down. This attack is designed to assess your reflexes and identify how quickly you can respond to potential dangers. To thwart this attack, leap to the left.

As the second phase starts, you will become aware that the larger head is now fully embroiled in battle and planting seeds randomly. Previously, it was only sporadically splitting acid droplets. Do not ignore these unusual seeds if you notice them. They will inevitably produce a few undesired results by spawning exploding enemies, so eliminate the seed immediately to prevent further damage and get the health drop. Then, as you did before, aim and strike the tentacles with swift assaults along with a shotgun blast targeting its weak point.

Now, it’s time to start the third and final phase of the battle, beginning with a treacherous attack from falling boulders. Due to this being your last chance at victory, you must be extra cautious throughout. While you will be simultaneously tackling both tentacles and falling boulders, even a single misstep can prove fatal. Be swift while avoiding the menacing assaults to survive in this treacherous game! It is best to avoid rolling and, instead, walk between the red circles when boulders are dropping.

You must use your gathered energy to activate Supercharged Mode. Now focus all your energy on one of the tentacles and attack it with everything you have. This will allow you to reach its weakest point, so finish off what remains and claim your victory over Parasiter!

That’s all; with this guide, you should better understand how to take down the Parasiter. Craft a strategy, stay calm, and never give up. With these tips, you’ll be able to defeat the boss with ease and enjoy your victory! If you have more tips or suggestions, leave them in the comments below.