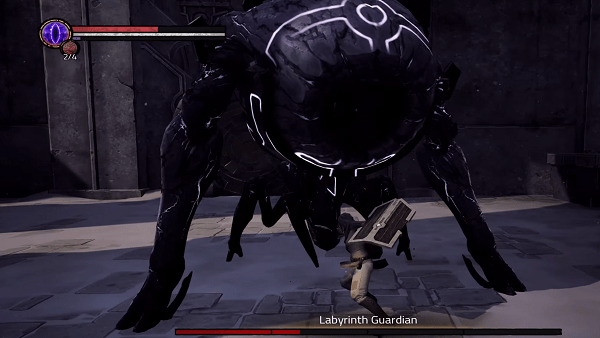 Now that you know how to deal with the Krell Guardian, Red Widow, and the Pan Guardian, the next boss fight is Labyrinth Guardian. This one is a tough one as well but still, not the most annoying boss fights. In this boss fight, I will explain everything you need to know on how to beat the Labyrinth Guardian in Chronos: Before the Ashes.

Chronos: Before the Ashes Boss Fight – How to Beat the Labyrinth Guardian

Dodge and move out of the way when he does. He also has some swiping attacks which you easily dodge with basic moves. When you are fighting the Labyrinth Guardian try to maintain a medium to close distance to stop him from firing lasers at you. His attacks are pretty basic but annoying. However, the Labyrinth Guardian is quite easy to understand. Dodge away when he rolls forward and watch for his teleportation ability. Use the sword to chip away at his health and eventually you will beat him.

There isn’t much else to this boss fight so that’s all you need to know to kill the Labyrinth Guardian. If you need more help with the game please visit out Chronos: Before the Ashes Wiki.