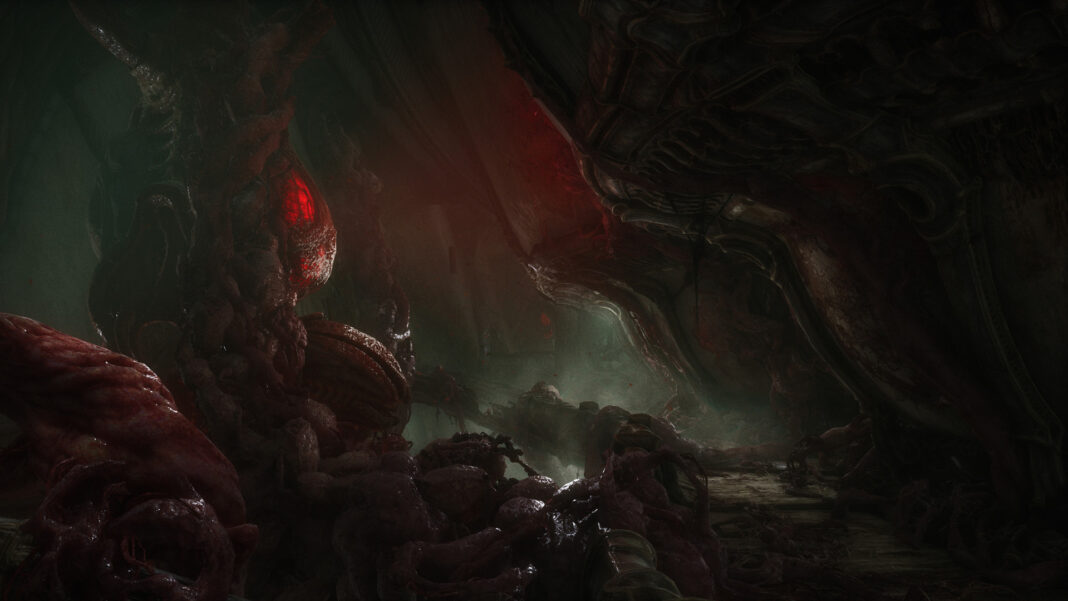 Scorn is filled with neutral NPCs that seemingly do not wish to fight you, but once you reach the end of the game, you will face a pair of deadly foes sporting shiny new weapons. The appearance of these foes is very similar to Krang from TMNT equipped with a grenade launcher. This grenade launcher can be tricky to navigate around.

Now to worry, though; this article will serve as your complete guide on defeating the Krang in Scron, the final boss.

You must place the demonic baby in its abdomen to awaken this horrific creature made of nightmare fuel. Like most things in life, the best way to defeat this creature is to aim at the baby. A good thing to remember is to equip your guns while fighting this monster as soon as you put the baby load in it. It is hard to deal with the grenade shots, but they only do one segment of health damage. The melee attacks, though, pack a punch and a half.

When the monster runs out of ammo for its weapon, it will crouch and reload for a moment. This will leave two sacs exposed on either of his ends. Save your ammo and destroy these sacs with your melee weapons.

Once you bust his sacs, you can try to take his grenade launcher. Be careful; Scorn is a cold mistress so keep your shotgun locked and loaded. Once you try to take the grenade launcher, you will be greeted with a more aggressive version of this monstrosity. Shoot every fleshy area that exposes itself, keep your distance and play safe. This will allow you to easily take care of the final boss in Scorn Act 5.

That’s all we have for now, but if you need more help, here is some more Scorn content for you: