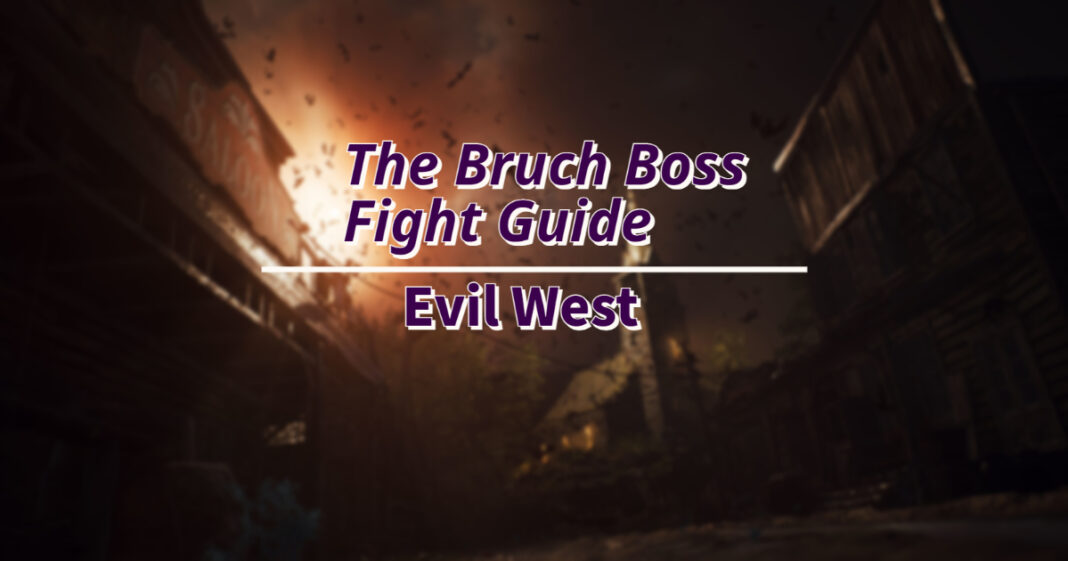 The Bruch is a formidable opponent who serves as the second boss in Evil West, appearing in Level 10: Bats in the Belfry. As one of the game’s main bosses, it is essential to be well-prepared before facing the Bruch, as it has the potential to be a challenging and complex battle. This guide will provide tips on defeating the Bruch in Evil West, making it easier for you to emerge victorious.

Before taking down not just The Bruch or any other enemy in the game, it’s essential to know their attacking pattern to have the upper hand in battle.

You could try dodging his dash by quickly rolling away to disrupt your opponent’s attack. This enhances the chances of evading a close combat situation with him, where he can employ an array of melee strikes. The X-bow can be a formidable weapon, wildly, when you can fire off an entire clip. Therefore, aim for accuracy and efficiency with your shots for maximal damage output.

Not only can Bruch fight up close with melee attacks, but he also can fire projectiles from a distance. These projectiles sail through the air toward you as soon as they are summoned above his head. To dodge this assault, be vigilant and employ the tactic of roll-dodging when you anticipate it coming. This way, you can evade incoming darts with ease. By being aware of these attacking patterns and knowing how to counter them, you can increase your chances of success in taking down The Bruch in the game.

How to Beat the Bruch

To start the fight against Bruch, use the Supercharge move to show it what you’ve got. Keep attacking, and only stop once you’ve depleted at least a quarter of its health. After receiving a few attacks, Bruch will disappear from the battle. Don’t worry; it will repair itself on a ledge between two train cars. At this point, you may notice two Bruch clones emerging from the ground. These clones are just distractions, so you should aim to target the real Bruch on the ledge.

Bruch will become exhausted and charge itself for an attack, revealing its weak point. Take this opportunity to target the weak point and cancel the charging. Bruch will then return to the battlefield and likely drop some health. This is the time to hit it with close-range shotgun hits to finish it off.

When you repeatedly attack the boss’s weak point, you can deplete about a third of its health and prevent it from causing significant damage to you. Remember that Bruch will try to charge up its attacks, so stay alert and ensure your hits don’t miss. Once all the clones are defeated, Bruch will return to the battlefield. Use the Supercharge move again and aim for about six hits to deplete another third of its health, entering the final phase of the fight.

During the final phase of the battle, Bruch will use some additional attacks you haven’t seen before. One of these attacks involves surrounding itself with a wall of leeches and continuing to attack. Don’t panic; the ball is still your ally, so throw some hits at Bruch’s head when it becomes active and use the Crippling Rod to pass through the shield. If you see that the Crippling Rod is on cooldown, you can immediately attack and then wait for it to finish the process. Incorporating a blend of x-bow hits into your attack is also a good idea. By following these tips, you should be able to defeat Bruch and claim your victory. Just be sure to stay close to Bruch as the final cutscene occurs.

That’s everything you need to know, but if you require help with other bosses, here are some guides you might like: