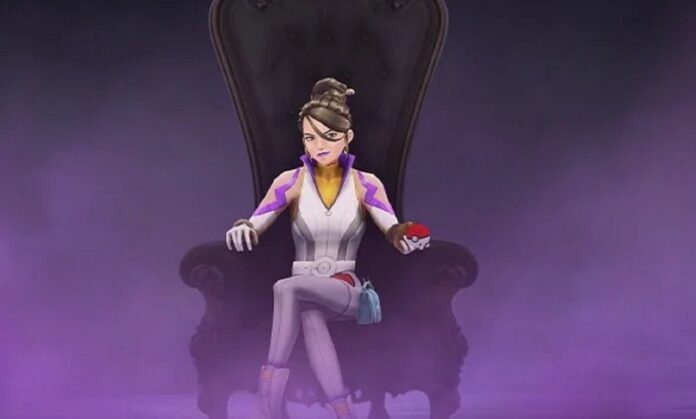 After you build yourself a Team Rocket radar; by acquiring the mysterious components through defeating at least six Team Rocket grunts, you’ll have the ability to track Team Rocket Leaders. There are a total of 3 leaders which you must defeat in order to gain access to Giovanni. In this guide, we’ll explain how to beat Sierra in Pokémon Go.

How to Beat Sierra in Pokémon Go

Sierra is one of the three Team Rocket leaders in the January events of Pokémon Go that you have to defeat in order to gain access to Giovanni.

Under the normal set of circumstances, Sierra and other Team Rocket leaders would’ve their rosters swapped for something new, but that’s on hold for now due to Covid-19, making the 2021 Team Rocket events also being on hold. Maybe sometime in February, we can witness a new roaster but for now, Sierra has the same roster as 2020.
Sierra will use a total of 3 Pokémons against you and how you can defeat them is explained below:

The first Pokémon she’s gonna use against you is a Drowzee, the Psychic-type Pokémon. Dark, Bug and Ghost-type Pokémons will be the most effective against it; including Hydreigon, Weavile, Chandelure, Mega Houndoom, Bisharp, Mewtwo, Houndoom, Darkrai, Origin Giratina, and Tyranitar etc. You can easily defeat the first Pokémon with one of the above-mentioned types.

The second Pokémon she’s gonna through your way will be one of the following three:

Whichever one she deploys, you’ll have to make sure that your Pokémon gets a few effective hits and for that, we recommend throwing a fresh Pokémon in the battle. Using a Fighting-type Pokémon, i.e. Machamp, Hariyama, Heracross, or a Conkeldurr, etc, might prove very decisive.

The third and final Pokémon that Sierra uses will be one of the following:

You can fend off against the last Sierra’s last standing Pokémon by using a Fighting or Bug-type Pokémon. You can use a Fighting-type for both the second and third one, especially if it knows mega horn to defeat the second one and counter for the third. These will be the best options to defeat Sierra and proceed to the next Team Rocket Leader.

That’s about everything you need to know on how to beat Sierra in Pokémon Go.