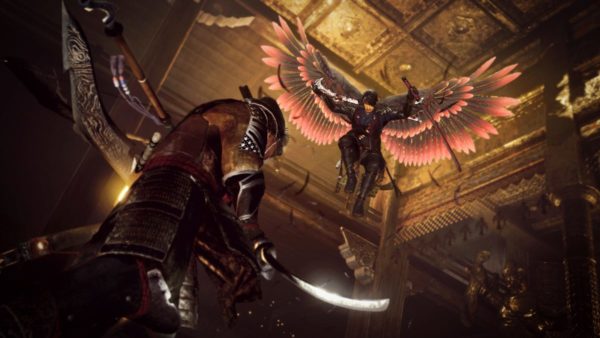 In our Nioh 2 guide, we will help you step-by-step on how to beat Saika Magoichi boss as he’s one of the toughest ones in the game despite being a human boss.

How To Defeat Saika Magoichi

There are pillars in the arena that you can use to your advantage. Saika Magoichi can fly and when he does, you don’t need to attack him. Just take cover behind a pillar to avoid damage.

When he lands on the ground, you have a few seconds to land a few hits. The high stance is recommended to deal significant damage.

Don’t go after him in the open as he frequently shoots projectiles which you need to avoid by taking cover behind the pillars. Also, Saika Magoichi has a burning melee attack that can one-shot your character.

The strategy you need to follow is that camp behind a pillar and only attack him when he is close and running. Saika Magoichi can’t block while running so that is your best chance to deal damage and then take cover behind a pillar. Keep repeating it.

However, you need to be careful of this attack when he summons fireballs. These fireballs are homing in nature and staying behind a pillar won’t help you.

What you can do to avoid the fireballs is run from your current position to the other side of the arena at a 45-degree angle.

Do this and the fireballs will miss you. Once this attack is over, go behind a pillar and wait for Saika Magoichi to come close.

Saika Magoichi can also throw bombs and you need to be careful as they do splash damage. However, you can block the damage while taking cover.

However, this isn’t the only time you’ll encounter him. You’ll again face Saika Magoichi in “The Third Word” side mission. But nothing changes and you just need to follow the same strategy to beat him again.

The only difference is that in the second encounter you have a rock instead of pillars. Just use the rock as you used the pillars in the first encounter. The rest remains the same.