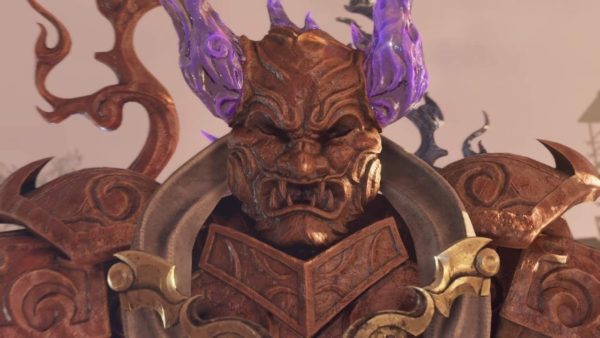 Our Nioh 2 guide will help you step-by-step on the tricks and strategies that you need to know to defeat Ryomen Sukuna.

Ryomen Sukuna is one of the toughest main bosses of the game whom you’ll face in “The Sun Sets on Mount Tenno” main mission. Interestingly, he can switch between water-based and fire-based attacks.

Generally, Ryomen Sukuna uses fire-based attacks for close range and water for ranged attacks. The main Ryomen attack that you want to exploit is when he charges at your character with a red aura.

You’ll have a much better time dealing with Ryomen Sukuna if you can perfectly time your Burst Counter and it’ll also make the boss fight shorter.

One or two perfectly times counters followed up by your powerful combo will completely drain his Ki and will leave him staggered. So keep hitting him until he recoveres.

Other than this tactic, just dodge his attacks and land a few hits and keep repeating this strategy. Eventually, you’ll defeat him.