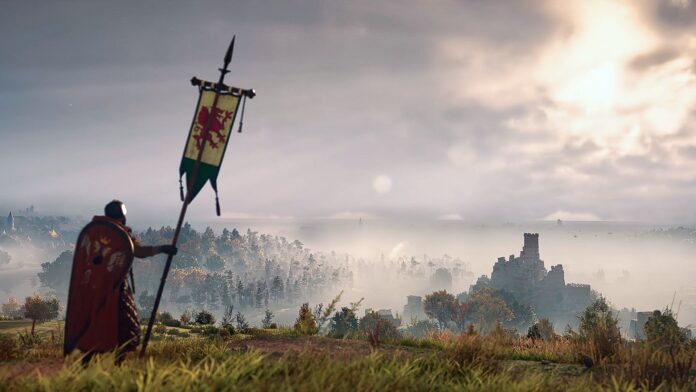 After completing a few boss fights already you must know how to handle such situations in Assassin’s Creed Valhalla. But if you are still looking for tips, you have come to the right place. In this boss fight guide, we will discuss all tips and tricks you need to know on how to beat Rued in Assassin’s Creed Valhalla. You come face to face with Rued during A Fury from the Sea main mission.

When you reach the arena where you face Rued, you will find out that he isn’t alone. Rued rules over the wolves and in the Rued boss fight, he comes with his own wolf that is prepared to shred Eivor to bits. To beat Rued you must first target the wolf.

The wolf can do a ton of damage so it is best to deal with it first. The good news is that Wolf’s health bar is much smaller than Rued. Lock onto the wolf and dodge Rued’s attacks. Target the wolf and kill it.

Once you kill the wolf, focus on Rued who will now be very mad that you killed his wolf. To deal with Eivor, Rued will light his sword on fire. Rued’s weak point is his left foot so use your bow to target it and bring down his stamina bar.

If you take a hit by his fire sword dodge to your left or right repeatedly to put out the fire. Rued usually swings twice so even if you parry once it won’t be enough. You might have to parry twice to avoid taking damage. If Rued brings out a second fiery weapon out be ready to dodge it because he will throw it at you.

And that’s how you beat Rued in AC Valhalla. If you want more help with Valhalla check out the Assassin’s Creed Valhalla Wiki.