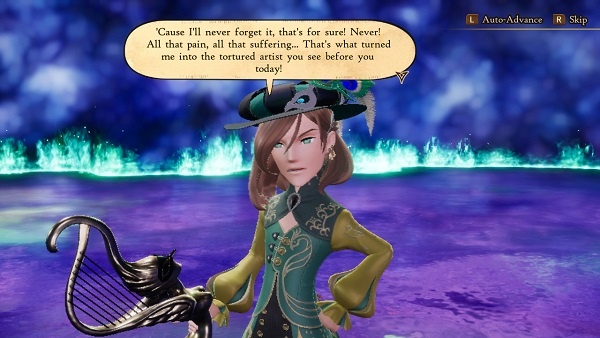 To beat Orpheus in Bravely Default 2 use the following jobs.

Make sure at least two of your allies have access to white and black magic to deal AOE damage and recover from damage. Use the following abilities against Orpheus. Start off the boss fight by casting a black magic poison effect to deal additional damage the entire time. Now, it is time to focus on Orpheus’s party members and take them down one by one.

Use heavy single-target attacks against Orpheus. Some of the best attacks are Cross Cut and Heeldrop against targets that aren’t defaulting. Meanwhile, use Qigong Wave against defaulting enemies.

As the boss fight begins, Orpheus will buff its party members. Use the Monk to deal damage and use the Heel Drop or Qigong Wave. Meanwhile, your Black Mage should focus on poisoning Orpheus. At the same time put the White Mage on healing duty.

Once you manage to deal with Orpheus’ allies it will be left alone. At this point, the Orpheus will perform high damage dealing AOE attacks and single-target wind attacks. Keep an eye on its BP and default as it approaches 3. If you managed to poison Orpheus as I mentioned above, stay on the defensive and use the Vanguard to Treat the White Mage as the mage heals.

And that’s how you beat Orpheus in Bravely Default 2. If you need more help check out the Anihal boss fight.