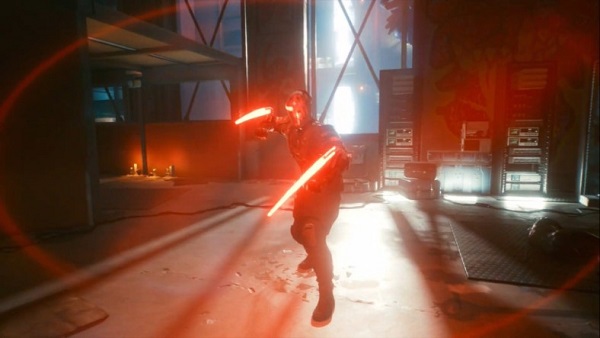 Oda is probably one of the toughest boss fight in Cyberpunk 2077. He is a CyberNinja who is even more fierce than Adam Smasher. He is fast and very good at both defensive and offensive movements. In this boss fight guide, I will take through all the details you need to know on how to beat ODA in Cyberpunk 2077.

To beat Oda in Cyberpunk 2077 you need to break his Oni Mask. You can do this through stealth if you manage to break the line of sight and distract Oda long enough. As is the case with pretty much all boss fights in Cyberpunk 2077, you can leave combat mode if you manage to escape Oda’s attention which is done by causing a distraction with a surveillance camera or use the Reboot Optics quickhack.

Once you manage to successfully make Oda lose track of V, he will trigger his Optical Camo and start patrolling the area. During this time if you manage to sneak behind him you can land a stealth takedown to damage his Oni mask. Break the line of sight again and repeat the stealth takedown for the second time to completely beat Oda in Cyberpunk 2077. Once the mask breaks, use Smart Weapons against him.

It is best to avoid using Smart Weapons against Oda until you break his mask. His Oni mast can disrupt the bullets from your Smart Weapons.

Oda is weak in Electrical Damage but very resistant to thermal damage. Tech weapons can pierce through objects which means after you tag Oda, you can assail him with shots from behind cover while his attacks are useless when he fires back at you.

Sticky frag grenades can be supremely effective against Oda. It will not only do damage to him but also stun him. I also recommend using EMP grenades to cancel his smart projectile disruption ability and homing ability on his own shots.