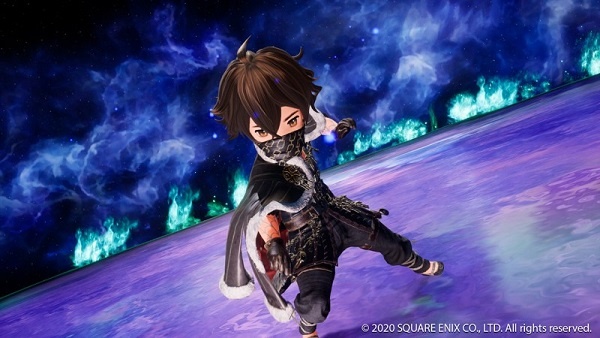 If you played the demo a few months ago you already know that Nightmare is the toughest boss fight in Bravely Default 2. Before jumping into the boss fight it is best to raise your level as much as possible to avoid being one-shot by Nightmare. You can raise your character level by completing quests and exploring as much as you can. Use Treats to increase the enemy count and then take them down.

Capturing the Undine is a good idea since they have the White Wind ability that heals all allies. Capture at least 30 Undine to counter the difficulty level of this boss fight. Before the boss fight make sure to reach at least level 8 with your Freelancer but the recommended level is 10.

Also, pick up some iron bangles from the shop. Use a doublet for your armor and a Feather hat or go with the Headband. Doing this will make sure you are not giving up speed for defense.

The best way to cause damage to the Nightmare is through offensive items. Use items like Zeus’s Wrath and Antarctic Winds for consistent damage. During the first phase of the boss fight, Nightmare will rotate between the Sandstrom Kick and the Cavalry Charge moves. During phase 1 make sure to keep your party’s HP up and spam HP potions.

Bring down Nightmare’s HP to 59,000 and it will start using Darkra and Poison Breath. Use the Beast Master’s revenge move to counter the AOE attacks. Poison Breath attack does around 1300-1700 damage but if you’re defaulting it will be around 900-1000. Have one of your characters at 1150-1300 HP threshold to activate Undine’s White Wind. Always have at least one defaulting character in your party on this HP threshold to counter Brave attack.

Let one character die and Brave once then use the Pheonix Down on the dead character plus an Undine Summon to bring its HP to 1211. This will help it default easily.

Once you manage to bring down Nightmare’s HP to 20,000, it will use Default and Darkra to heal itself. You need to do more damage in this phase to counter the healing effect. Do as much damage as possible. Use the same game plan as phase 2 until its HP falls down to 16,000. Once it does, Brave 4 Times for each of your characters to end the boss fight.

And that’s how you beat Nightmare in Bravely Default 2. If you need more help check out Anihal Boss Fight and Orpheus Boss Fight.