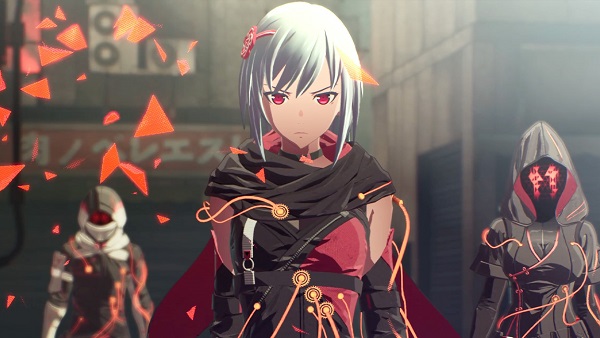 One of the main bosses fights you’ll have in Scarlet Nexus is against Nagi Karman. The boss fight takes place in Old OSF Hospital and then later in Suoh City Ryujin Ward. Both times you face Nagi you’ll have to go through two phases. In this guide, we will discuss everything you need to know on how to beat Nagi Karman in Scarlet Nexus.

Karman is an annoying boss to face especially when it throws Wind Shurikens that expand in a fan shape. The best way to counter this move is to run sideways and use Luka’s Teleportation SAS when required. At the end of the move, you can create an opening to land a few hits.

Every now and then Karman does an uppercut which you can avoid by blinking away via Luka’s SAS Teleportation. If you time it right you can actually attack Nagi before the foot connects with your character. It is hard to do but effective.

Another attack you need to watch out for is the ground smash that shoots wind in your direction. You can simply jump up to avoid this attack and counter it with a downward swing.

During phase 1 of the first encounter, Nagi Karman uses smoke to hide and throw Wind Shurikens. You can use Clairvoyance SAS to counter this move as well.

In the second phase, you only need to worry about two moves. Nagi creates a tornado which can be avoided by keeping your distance from the enemy before he smashes the ground. An effective counter is to teleport through the tornado and use melee attacks on Nagi Karman.

Another Nagi attack is when he surrounds himself with flying Shurikens. The best way to deal with these is to glue yourself to Nagi, stay as close as possible to avoid being hit. You can also land a few hints.

During the first phase of your second encounter, Nagi summons Shurikens and throws them at you. Avoiding this attack is a bit tricky as you need to deliver a Perfect Dodge and then land a few melee hits.

The second phase of this encounter is easier. Nagi Karman uses multiple tornados to attack you. Run to the side to avoid being hit.