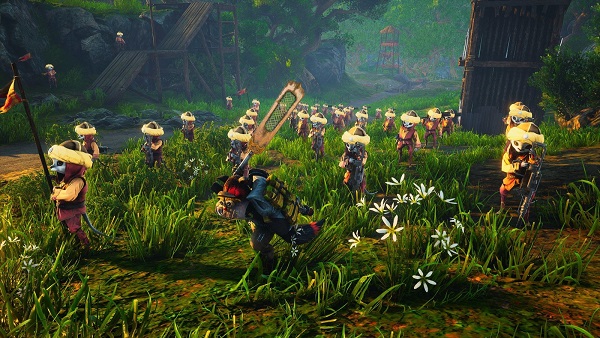 Murk Puff is a Worldeater in Biomutant and it is easy to track down. Once you do, Murk Puff boss fight begins in its arena. In this guide, we will discuss everything you need to know on how to Beat Murk Puff in Biomutant.

Biomuant: How to Beat Murk Puff

Murk Puff boss fight has three phases and both of them place underwater. It has three health bars and each bar represents a different phase of the boss fight.

During the first phase, Murk Puff will charge you. Your best course of action is to dodge this attack. The move is telegraphed by its raised tail. This phase is mostly about dodging its charge attack and firing missiles at it its head.

During the second phase, it will retreat into its shell and release some mines that float in your direction. Use the Guppos to deal with the mines but make sure you are not near the mines when they explode. Its health bar will soon return and it will start to use the same attacks as it did in the first phase. Murk Puff will mix things up with some chomping attacks and a tail whip. The process is the same, dodge and use missiles on its head.

Phase 3 starts when only one health bar is left. Murk Puff will spew water towards you so you need to do your best to dodge this attack. Its second attack in phase 3 is similar to the first one, it will create waves of water that charge in your direction. Dodge and continue shooting missiles at it.