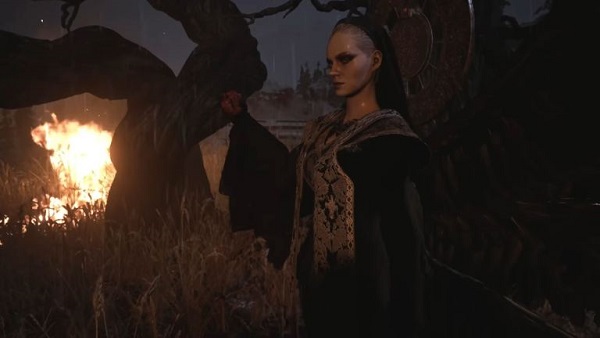 While many thought the giant vampire lady will be the main villain of the game, it turns out that wasn’t the case. Mother Miranda is the main issue in the Village and as the savior, it is your job to deal with the problem. In this boss fight guide, we will discuss all the tips you need on how to beat Mother Miranda in Resident Evil Village.

In Resident Evil Village Mother Miranda and her minions have troubled Ethan Winters relentlessly. Especially his hands have gone through so much suffering and pain.

By the time you reach Mother Miranda, tempers are high because a lot of revelations have been made. The good news is that you can take down Mother Miranda quite easily compared to other boss fights.

There are three phases to the Mother Miranda boss fight in Resident Evil Village.

The first phase of Mother Miranda’s boss fight can easily be completed by simply running around the shooting at her. She will lunge at you to close the gap and use spinning attacks. Also, watch for the lava that she summons from the Root Spolooge on the ground. Her attacks are easy to predict so you shouldn’t have a hard time in this phase.

In the second phase of the boss fight, she will turn into a spider-like creature. Keep your distance from her and avoid her attack by taking refuge in the corners of the arena. She will stop the attack and open up her body which gives you a chance to attack her. Use this opportunity to shoot at her exposed parts. During the second phase she will jump up on the platform and she is going up shoot a few times. However, run for your life after shooting her because she will jump down to crush you. Running to the side usually does the trick here.

Miranda flies around at one point and shoots fireballs at you. You can dodge the fire and while doing so shoot Miranda as well.

For the final phase of the boss fight, you will be fighting in pitch black. If you are using headphones, they will help a lot because listening to her is key. During this phase, she will switch between all her forms.

Once the light comes back on, you will see some pillars. Hide behind them to avoid incoming flame attacks. Look for opportunities to attack her. When she pins you down, keep shooting at her to interrupt her attack.