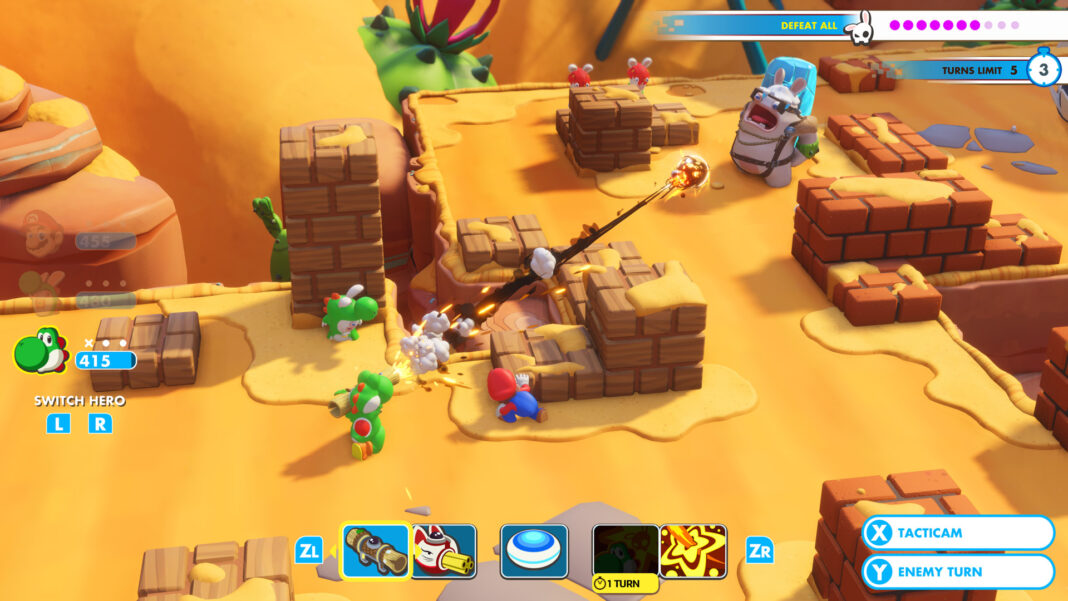 Mario + Rabbids: Sparks of Hope is a fun and endearing game filled with many puzzles and boss fights. One of the more difficult fights includes your encounter with Midnite. The premise of this fight is that Rabbid Rosalina is being held hostage by the lady of the castle in the ice world of Mario + Rabbids: Sparks of Hope. Her fight heavily tests your endurance as it is long and has quick pacing. When the second and third phases start, you could experience some unfavorable surprises if you enter blind. Fortunately, we can assist you in getting ready for the Midnite boss fight

Midnite’s battle is divided into three stages, but don’t be alarmed; they are all essentially the same, albeit with varying enemy types and arena layouts. Every phase of the conflict is conducted according to the same overall strategy.

This fight is not as easy as you might take it, so it is necessary that you strategize which characters you want to take along with you. Rabbid Rosalina, who will fight beside you in this encounter—the first in which you get to lead four members of your group—will be the first step in that strategy. This is helpful since it gives you another set of attacks to pummel opponents. In this encounter, Rabbid Rosalina’s special spell Ennui, which renders enemies immobile for one round, is crucial. Take advantage of that, especially as Midnite teleports away after each hit she receives.

In this battle, Rabbid Peach’s healing abilities come in handy. Also, if someone dies in this phase, they will come back in the next phase with 1 HP, allowing you to heal them up and use them in battle. Even though you have this advantage, you must remain vigilant in this fight. Pay close attention in the first two rounds, especially when the sniping Lone Wolves appear, since they will attack you with their overwatch assault if you move within their line of sight. Midnite, in particular, can be targeted when you get to phase three, but until you get to that stage, be cautious and don’t let her minions overwhelm you. Use your Spark attacks as well when going after Midnite because she is especially vulnerable to Splash damage that those attacks have.

You need to remember that this battle is very long and very intense. Keep your HP up and sneak in a good amount of hits. After the third phase, be on the offense and be aggressive. This is the stage where Midnite bites the dust.

That’s everything you need to know, but here are some more Sparks of Hope content you may like: