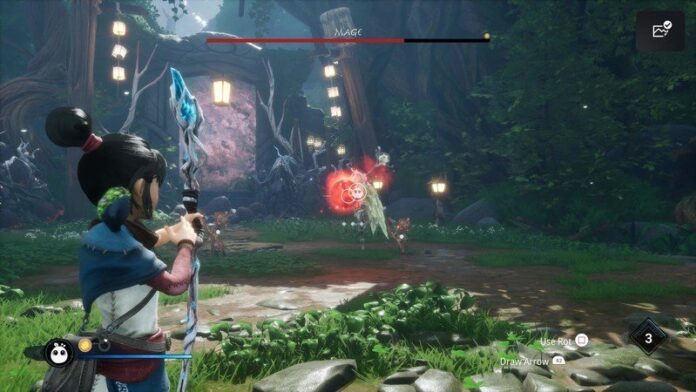 One of the main bosses in Kena Bridge of Spirits is the Mage. It is one a boss fight you come across during the second half of the game. In this guide, we will share all the details you need on how to beat Mage in Kena.

Compared to other bosses like Corrupt Taro and Wood Knight, Mage has a very unique moveset but despite that, it is very easy boss to beat.

Attack Pattern and How to Counter

Mage is able to summon minions to attack you. This happens when the Mage hits the ground and red particles appear, summing multiple enemies. Before you think of focusing on the Mage, kill these enemies as they can become a big annoyance because red orbs will chase you while these enemies are on the field.

A great way to handle this situation is to run in a way that the red orbs crash into the minions. You also use your bow to shoot the red orb. Apart from the Orb and minions, the Mage has some basic melee attack attacks that are easy to counter.

Taking down the Mage is pretty easy as the bow does a good amount of damage to it. Use the bow to target the head while avoiding the minions and red orbs. There is nothing much to the mage fight so you should be done with it in a couple of minutes by simply targeting the head with your bow.