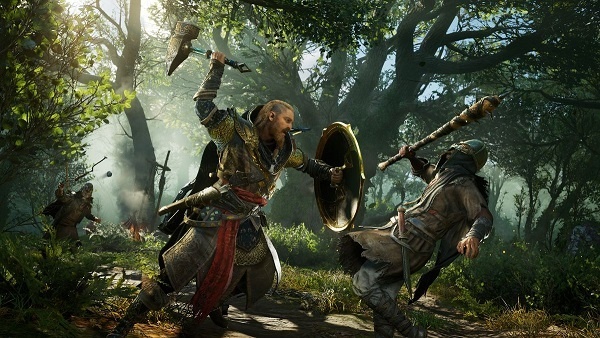 The boss fight with Loki can prove to be highly difficult. There doesn’t seem to be any weak points and on top of that, he is very fast. Moreover, Loki can teleport himself which makes him even more difficult to beat in Assassin’s Creed Valhalla. Loki can use his teleportation ability to move all over the arena to confuse you and suddenly dash toward Eivor to unleash multiple attacks. He can also use magic attacks from a distance that you can either dodge or use your shield to block.

If you are skilled at parrying attacks in Assassin’s Creed Valhalla you can easily beat Loki. However, if parrying attacks isn’t working for you make sure you use your shield to block his attacks. You can even dodge his attacks to avoid taking damage during the Loki boss fight.

If you have skill points laying around invest them toward the Valkyrie jump-stomp ability. Unlock the Valkyrie jump-stomp ability which can help you bring down Loki’s health pretty fast. Perform a perfect dodge to trigger the slow-mo and use the opportunity land a few hits. Keep dodging his attacks to slow down time and land hits to beat Loki in Assassin’s Creed Valhalla.

Once you manage to beat Loki go to Mimir’s well and head inside. Walk toward the well to trigger a cut-scene. At the end of the cut-scene, The Price of Wisdom main mission will end.