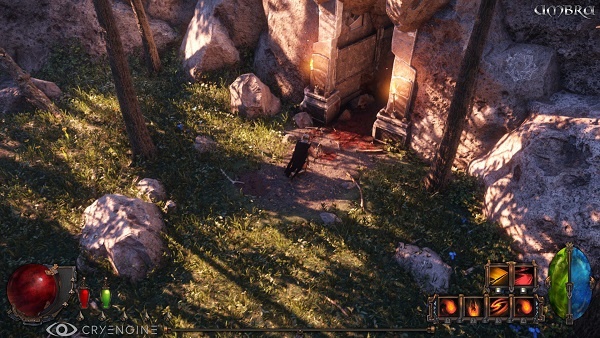 Lambach boss fight in Wolcen: Lords of Mayhem relies on mechanics more than anything. There are a lot of things that the players will have to juggle throughout the fight. It’s paramount that these mechanics are dealt with rather efficiently to make the Lambach fight a breeze.

During the first phase, the boss arena is divided into 6 segments. If a segment turns red, the players will need to find the spawner on the wall and try to kill it ASAP. Failing to do so will cause adds to spawn in the area. If this ends up happening, the players should try to move to the other segments until the corruption clears itself.

Lambach also has a spinning attack that can be dodged by rolling the attack’s opposite direction. And the last attack that the boss has during the first phase is a ground slam attack. It’s a large opening and the players should be able to see it coming a mile away. It can easily be dodged by moving to the side.

Following the slam attack, the players should’ve got a brief window to deal damage to the boss before repeating the same strategy again.

During the second phase, more mechanics will come into play. The players will need to be a little careful with their dodge charges during this phase and try to rely on potions more than anything else.

It isn’t hard to deal with adds that spawn in the arena. The players should try to prioritize them over other things if possible.

It’s important to note that the speed with which the boss throws its tentacle attack continues to increase so this is where dodge charges come into play.