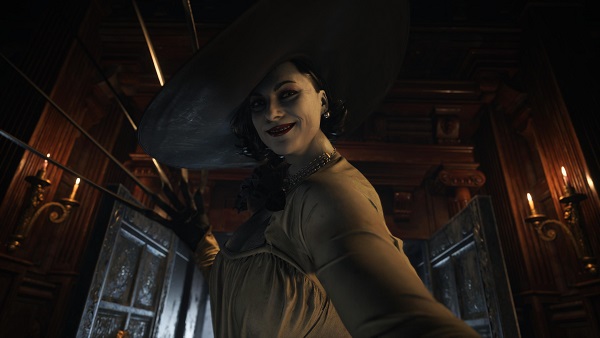 Lady Dimitrescu became one of the most popular Resident Evil characters as soon as we first saw her in the trailers of Village. However, we knew at some point we will have to kill her to progress further. While many assumed she might be the final boss fight, Lady Dimitrescu is one of the first encounters in the game which means you won’t be seeing her anymore.

The boss fight takes place on the tower and our Lady Dimitrescu has morphed into a mutated giant dragon-type beast. At the start of the fight it would appear as if she isn’t taking any damage but that just means you are not aware of her weak spot.

Lady Dimitrescu takes damage on her still normal back torso. Avoid her lunges and get behind her to attack her torso. If you are using a knife only, you should instead focus on attacking the dragon’s back leg.

Lady Dimitrescu can’t do anything as long as you are behind her so all attacks should focus on the back no matter what weapon you are using. When she flies away and hovers in the outside area you can shoot to stagger her and make her drop back down on the tower. Use this opportunity to land a few more hits.

At some point, she will yell “More blood” which should be taken as an indication of the second phase of Lady Dimitrescu boss fight in Resident Evil Village. You will find yourself on a stairwell higher up on the tower.

Hold your attacks until you reach the top floor. You will see her flying around outside the tower and then drop down in the middle near you. Keep doing damage to her, get behind her as much as possible to kill her.

When Lady Dimitrescu is dead, pick up the Dirty Flask to leave the area.