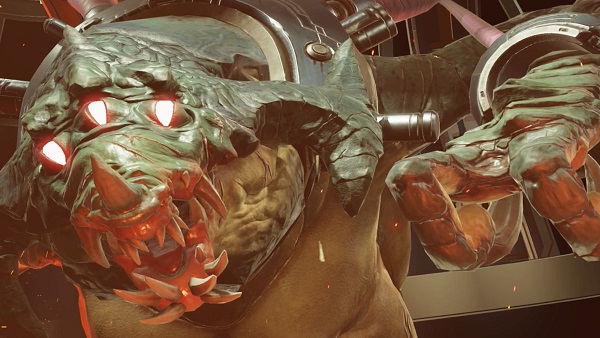 Kraid is a boss fight you encounter in Metroid Dread. The boss is a tough one which means you will need some help with it. In this guide, we will discuss everything you need to know on how to beat Kraid in Metroid Dread.

Kraid boss fight takes place in two phases. During the first phase, Kraid’s arms are tied to the wall. He will use two projectile-based attacks which you can counter by using missiles or Charged Shots.

When you see Kraid throw two projectiles at you you need to avoid one and destroy the other. The fireball must be avoided while the red one can be destroyed to get additional health and buffs. Keep firing into his mouth until phase 2 starts.

During the second phase of the boss fight, his arm shackles will break off and he will break the platform. The fight arena will shift by the boss’s belly.

He will shoot toxic projectiles from its stomach which can be taken care of with the Charge Shot. When you destroy the purple projectiles you will gain ammo and health. Watch out for a large purple ball that explodes on contact. You can jump over it to ignore it.

After some time, Kraid will start to fire projectiles that stick on the wall behind you. Use these as steps to jump up and fire missiles at Kraid’s face. This will present a counter opportunity so press X when prompted.

And that’s everything you need to know on how to beat Kraid in Metroid. Need more help? See How to Beat Corpius.