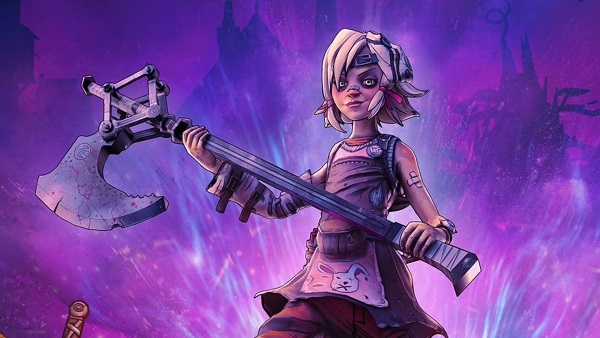 The Knight Mare is a fearsome opponent in Tiny Tina’s Wonderlands. He is a giant horse knight that stands on two feet and charges at you constantly. Her battle-ax and electrical powers make him one of the more challenging bosses in the game. However, there are a few ways to defeat him.

The encounter with Knight Mare is divided into 3x phases, each of which is separated by a period of immunity during which damage cannot be dealt with. It is possible to skip the last stage by causing sufficient damage, but she is likely to go immune at least twice throughout the encounter. The three Hex runes are the most significant advantage in this encounter, as they both stun Knight Mare, and you need to force her so she can go out of immunity. However, they only work during specific attacks.

The first phase of Knight Mare’s battle is an excellent opportunity to get acquainted with how much damage you deal and where she moves around the lower arena. It lasts just as long, if not longer than her initial health bar does!

When you enter Knight Mare’s arena, she will always throw her large ax at your location. However, if movement is made around throwing, then there should be no risk involved as long as one doesn’t get too close or far away from their original position before being struck by their weapon.

Knight Mare rears back and unleashes a rain of fireballs on that horizontal plane. You can avoid them by ducking or rolling left, but it’s best not to get caught in this attack!

Knight Mare rears back and unleashes a rain of fireballs on that horizontal plane. You can avoid them by ducking or rolling left, but it’s best not to get caught in this attack!

The arena is filled with obstacles that will challenge you at every truly! The hex runes on these areas only have one use each – make sure to use them wisely or risk losing valuable seconds in this race against t. There are different immune degrees here, so plan your timing accordingly.

Knight Mare is now vulnerable to lightning, so it’s time for her final phase. Her health bar has turned blue (ward), meaning she’ll be most affected by this attack type; however, there are still some other things you should keep an eye out for during the fight as well! The spirits that appear at low tide can charge towards us if they’re left unchecked- don’t let them get too close or else receive Lotsa Damage!. Finally, Knight maria also launches shock particles forward using electricity buildup, which will damage anything caught inside its path—step quickly sidesteps here because these attacks see puncture puddles likely won’t form in time to save you!

Note: Go on the attack and keep shooting at her until she’s dead. Then kill all of those remaining enemies in this arena before looting their dropped items from Knight Mare for yourself!