Home Guides How to Beat Kainé in NieR Replicant 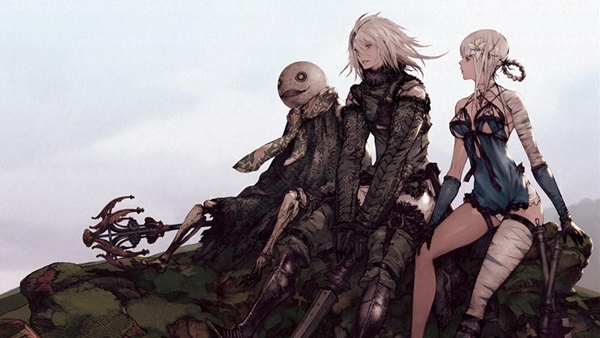 Kainé is an NPC that players encounter as a boss multiple times during the campaign of NieR Replicant. She appears both in her Natural and Shadow forms. This guide, however, is to help players clear the first encounter with her. In this guide, we’ve detailed all there’s to know about how to easily beat Kainé in NieR Replicant.

Before we begin, do note that the strategies shared in this guide are for The Aerie encounter. With that out of the way, let’s begin:

One thing to absolutely avoid like the plague against Kainé is magic. Kainé is incredibly resistant to all magical abilities which is why they aren’t worth the time at all!

Players should try to close in on the distance and simply continue to strafe in any direction around the boss. By staying at the melee range, players will force Kainé to continue using a couple of attacks at most – the Triple Kick and the Quadruple Slash. Both of these attacks are well-telegraphed and lack tracking. Strafing should be enough to cause the attacks to completely whiff, letting players deal a ton of damage.

Remember that at the range, she’ll easily close in the gap and perform a thrust attack that can be a little difficult to dodge because of how quickly she does it. At about 50% HP, she’ll enter the second phase. This phase works, more or less, exactly like the first one except for a couple of additions.

During the second phase, Kainé will hurl projectiles toward the players and also perform a 360-degree attack. Remember that both of them can be dodged by running to the side. Other than that, try to stay close to her, bait her attacks, and deal damage to beat her.

This is all we’ve got in how to find and beat Kainé in NieR Replicant. Feel free to check out our detailed NieR Replicant wiki guides for more help on the game.