Home Guides How to Beat Hisstocrat in Bowser’s Fury 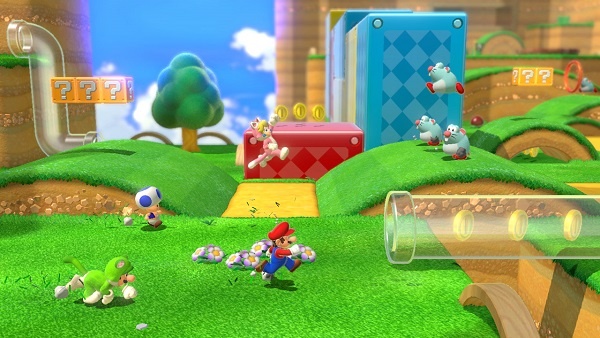 Immediately after getting to the boss fight, players will notice a bunch of ‘?’ blocks toward the right side of the area. These blocks contain power-ups that are key to defeating Hisstocrat. In order to defeat the boss, players need to land a total of 3 hits on it. However, getting to the boss itself can be a little frustrating.

After the boss fight begins, Hisstocrat will begin hurling rocks at the players. It’s fairly easy to avoid these rocks by simply looking at their shadows – giving players an idea of where they’ll land. Players need to continue avoiding these rocks until they see Snakes coming out of the ground. These enemies will also have plates on top of their heads that players can use in order to get to Hisstrocrat itself.

After successfully landing in a total of 3 hits onto the boss, players will earn a Green Star. Once defeated at the end of Stage 3-B, players will be able to progress to World 4 of Super Mario 3D World + Bowser’s Fury.

That’s all we’ve got in how to defeat Hisstocrat in Bowser’s Fury. For more help on the game, feel free to check out our detailed Bowser’s Fury wiki guides.