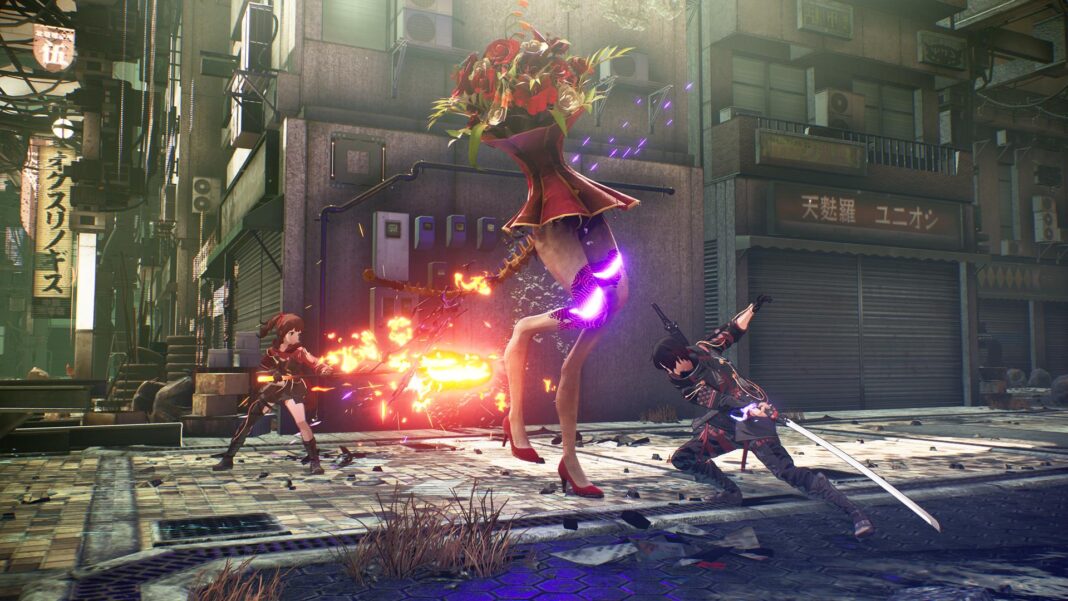 Another thing to watch out for is the swing from its left arm that knocks the player back. When the player is at the range, Gunkin Fisher will shoot oil from its head. Every now and then the boss will climb up the ceiling upside down and attack with its oil.

The best way to deal with its upside-down position is use Psychokinesis while avoiding damage. Use Psychokinesis to pull down the tarp by holding down the LT button on Xbox to bring down Gunkin Fisher.

When it comes down it will become stunned for a while which gives the player an opportunity to attack. Use chain combos while the boss down.

Gunkin Fiser’s weak spot is the glass casing of its tank. Use Psychokinesis to throw objects at the poles surrounding the tank, eventually breaking throw and attacking the tank itself. Once the tank is gone it will be given the player a lot of advantage as it will reveal the last weak spot you need to target.

Use fire-based attacks to set Gunkin Fisher on fire because once the tank is gone it will be covered in its own oil.

And that’s everything you need to know on how to beat Gunkin Fisher in Scarlet Nexus. Need more help? See Gunkin Perry’s boss fight, how to fast travel, tips, and tricks, how to heal.