Home Guides Nioh 2 How to Beat Gozuki in Nioh 2 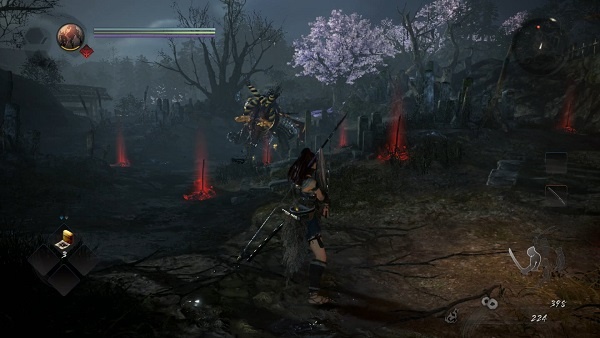 Well, Gozuki is not a main boss fight but if you plan to 100% the game side bosses are a must beat. In our Nioh 2 Gozuki boss fight guide, we will explain how to beat this boss fight. If you were wondering how to defeat Gozuki, here’s everything you need to know.

How to Beat Gozuki

You come across Gozuki during the “A Voice in the Twilight” side mission. You will find yourself in the middle of an arena where you fight waves of creatures. Once you are done clearing waves Gozuki shows his ugly face. By the time you reach  Gozuki, you have already faced Mezuki, the first Nioh 2 boss. Gozuki is pretty similar to Mezuki in terms of its attack patterns. However, compared to the first boss fight this side boss is pretty easy.

To beat Gozuki all you need to do is study its attack pattern by keeping your distance, run/dodge sideways, and try to attack it from behind. If you are unable to dodge an attack simply block it. Blocking will drain your Ki bar but it’s better than getting hit in the face. Gozuki usually performs single strike attacks in Nioh 2. The boss fight is pretty easy to complete especially if you have Elixirs saved up from previous enemies. Keep in mind that the more Kodama you have the more Elixir you’ll spawn with. Last but not the least, just like Mezuki, we recommend using a spear to take down this boss in Nioh 2.

This is how you defeat Gozuki in Nioh 2. If you need more help with the game check out our Nioh 2 guides hub.