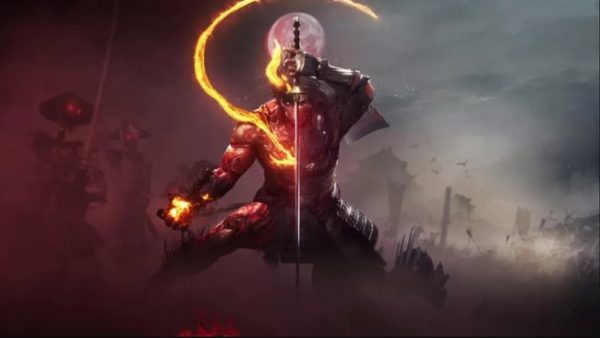 In this Nioh 2 guide, we will help you with your encounter with both Gozuki And Mezuki along with the tips and tricks required to defeat them as quickly as possible.

In this boss encounter, you need to defeat both Gozuki And Mezuki bosses at the same time in “The Refined Man of the Underworld” side mission.

This the second time you’ll face both of these bosses. By this point in Nioh 2, you would have defeated Mezuki as part of “The Village of Cursed Blossoms” main mission and Gozuki in a side quest.

This boss fight starts as an encounter with a Gaki and Enki enemy and shortly after Gozuki joins in. When you deal some damage to Gozuki, Mezuki will spawn and now you have to defeat both of them at the same time. I recommend that you equip a Spear with at least two Paralytic Groundfire Ninjutsu.

You need to focus on Gozuki first until he’s is defeated. Use the Paralytic Groundfire Ninjutsu and make him walk through them to stun him. As he gets stunned, go behind him and unleash your strongest attacks. This will make quick work of Gozuki and then only Mezuki will remain to deal with.

This time Mezuki is weaker compared to the first encounter provided you have upgraded your character. Check our Mezuki boss guide to see how to defeat him as the strategy remains the same. Eventually, Mezuki will be defeated.

That is all for our Nioh 2 Guide on how to beat Gozuki And Mezuki. For more on the game also see our Village of Cursed Blossoms Kodama Locations Guide and Blacksmith Guide.