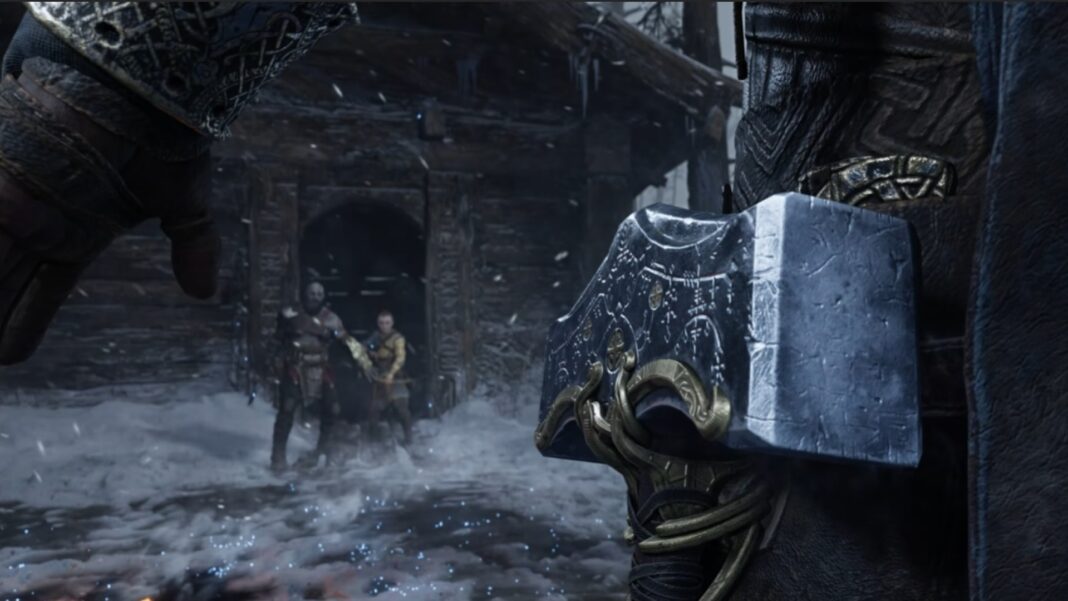 Helheim, nicknamed “the house of enemies,” is unsurprisingly full of various monsters and foes. One of the most formidable creatures you’ll face in this domain is Garm, also known as the Wolf, which has been terrorizing the Nine Realms. In this guide, I’ll tell you how you can beat Garm in God of War: Ragnarok.

The fight scene with the Garm is three phases. First, to make it more difficult to attack him, Garm doesn’t stay in one place and instead jumps around the arena. To avoid this from happening, you can use fire or ice to do stacking so that you’ll still be doing damage even if he’s away from you.

Phase 1
Garm is especially dangerous because of how fast he can run and how high he can jump, so it’s important to keep your distance from him during the first phase. Garm will keep attacking with his jaws until he finally eats you, so take advantage of the opportunity to attack while he’s tired. Bring his health bar down as much as possible to avoid being eaten yourself.

Garm will start by coiling his chain and flinging it wildly. The red or yellow rings on either side of his mouth show how much damage he can do with this attack. Be on the lookout for red rings. If you see one, that’s your chance to freeze it. Once it’s frozen, use Leviathan Axe to stun him.

Be prepared for an ice wave if you see the Garm begin to slam his paws. It may not be large, but it is still dangerous. To stay safe, jump to the side and wait until he reaches his limit.

Phase 2
In phase two, the Garm’s health will be low. He will attack by rolling up hills. If you see Garm climbing a hill and the ground turning red, quickly evacuate the area; he is about to roll down the hill, and an ice shockwave will follow. When he reaches the solid ground, Garm will hurl fire shards of ice at his foes–three or four in one throw. They move quite rapidly, so avoid them if possible.

Phase 3
After you defeat him in this area, he will appear again in a smaller section. Get some distance between you and him, then use the Draupnir Spear. Your aim should be for his neck and right leg—look for the glowing parts. Doing so will make Garm take heavy damage.