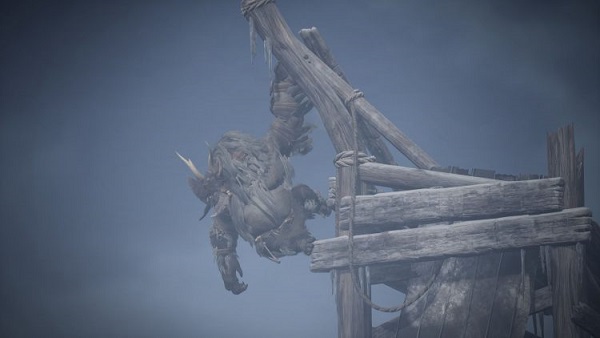 Erfor the Jackal is an annoying boss fight in Remnant: From the Ashes Subject 2923 DLC. The boss has a few different attack types but also brings it some of his minions to do his bidding. In this guide, we will explain how you can easily beat Erfor the Jackal in Subject 2923. There is also a video attacked to his guide so feel free to check it out if you prefer video over text.

How to Kill Erfor the Jackal in Remnant Subject 2923 DLC

Erfor the Jackal boss fight wouldn’t have been the way it is if only the controls were any better. There seems to be a bug that jams ADS whenever it is most convenient for the enemy, especially during the boss fight. This ADS bug is especially more active during Erfor the Jackal boss fight.  There is no way around so you have worked within these limitations if you are expiring this ADS bug.

Erfor has 5 health bars that signify a different phase of his boss fight. At the end of every health bar, he will jump away from the arena and throw icy stones at you from a distance. These stones will not only do frost damage but also break open holes in the main arena. You can easily fall into the pits while rolling away from attacks so be very careful and cautious of your positioning. Workaround these pits to avoid falling down. While he is away, his minions, the most annoying little creatures will attack you in groups of 2-3 at a time. Some of them explode while others perform a melee kick as they charge your character.

Focus on non-exploding enemies as they are ones who’ll prove to be the reason you die multiple times. You can easily dodge away from self-exploding enemies so focus fire on others. Pretty soon you’ll create a rhythm for dealing with adds. After a certain point, the Jackal will come down and use melee as well as frost attack. While is summons a frost wave with spikes from the ground uses your primary health item to restore health. Fire damage is most effective against Erfor the Jackal in Remnant: From the Ashes. If your pistol has a fire mod use it to do the most damage to Erfor. At close range, shotguns work the best. Light him on fire with your pistol and use the shotgun on his head while avoiding his melee attacks.