Home Guides Nioh 2 How to Beat Enenra in Nioh 2 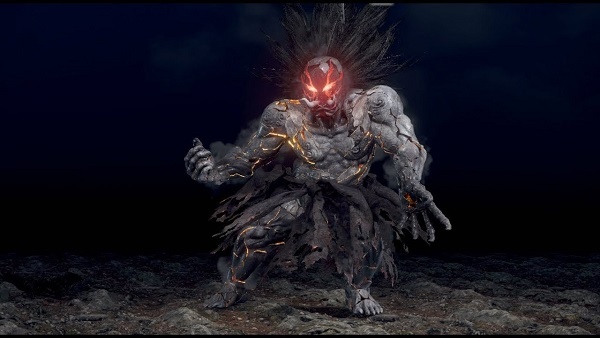 Enenra is one of the early bosses you’ll encounter in Nioh 2. He’s a Fire Yokai with huge damage potential, quick attacks, and elemental damage. Enenra is weak to water elemental damage which is something you should consider using against him. Once defeated, he’ll drop the Enenra Soul Core and Fire Twister skill. Let’s go over some tips and strategies that will help you easily beat Enenra in the game.

You’ll face Enenra in a few missions i.e. The Beast Born of Smoke and Flames, Okuni’s Search, and the Golden Castle.

Once the fight starts, try to bait him toward one of the pillars in the area. If you manage to bait him into breaking these pillars, it’ll do huge Ki damage to him and make the entire fight a whole lot easier for you. If you see the boss turning into a tornado and charging toward you, get ready with a Burst Counter to take away a massive chunk of his HP.

Sometimes, when he isn’t a tornado himself, he’ll conjure up a few and direct them toward you. These little tornados travel slow and can easily be avoided by running away from them. If hit, they deal damage over time. Enenra can also create a pool of yokai by raising both of his hands in the air and then slamming them down. You need to avoid the pool and jump to try to get behind his back to throw in a quick 2-3 hits before backing away.

Aside from these attacks, the boss has some usual shenanigans like a 3-hand combo, a kick attack, and a fire attack. All of these attacks have a massive range and you’ll either need to jump or dodge twice or thrice to avoid.

Lastly, the boss will try to teleport right next to you. If you see him do that, immediately dodge to the other side. You’re looking to stay at a medium-range from the boss at all times. Continue to dodge these attacks and counter-attack with your own hits whenever you get the chance to defeat him easily.

Do note that in the Dark Realm, the boss will hit harder and will be a lot more agile than normal. Successfully defeating Enenra will reward you with an Enenra Soul Core and Fire Twister skill.

This is how you can defeat Enenra in Nioh 2. Be sure to check out our complete coverage of Nioh 2 by heading to our wiki.