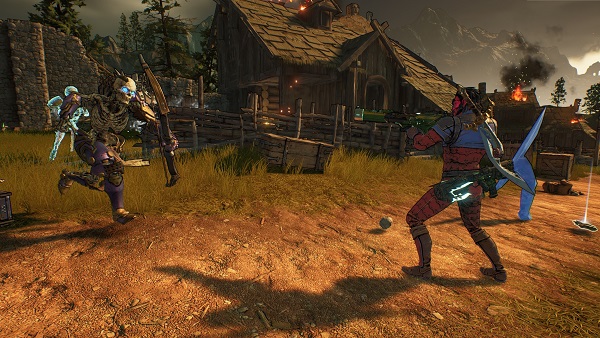 One of the main boss fights you encounter in Tiny Tina’s Wonderlands is against Dry’l. The boss is not the toughest to beat but rather the most annoying to beat. In this guide, we will discuss everything you need to know on how to beat Dry’l.

Dry’l boss fight has three phases, each is more annoying than the last. Each phase is against the same boss but with a different name and attack pattern.

Phase 1 Dry’l, Whose Chains Are the Sea

During the first there are no guns used by the boss instead, it is completely melee focused. Most of your time should be spent maintaining a distance between yourself and Dry’l while attacking it at every opportunity. The fist slams are hard to avoid so you will end up taking some damage every time. If you are down, kill nearby Coiled enemies for a Dead Save.

Phase 2 Dry’l, Whose Blood is Thunder

During the second phase of the boss fight, Dry’l will stand at the far side of the arena and throw lightning spears at you. Use a Shock Weapon in this phase to deal damage. Once the health is low enough, the boss will get closer with its arrows. Keep dodging the arrows while Shock Weapons.

Phase 3 Dry’l, Whose Heart is Fire

During the third phase, you should keep using the shock weapon to deal with the ward. Dry’l will throw fiery projectiles at you so don’t hit with your ward down. On top of this, there will be oil in the arena that will light up when Dry’l uses its fire breath. Some minions will be called but they aren’t a problem. Keep hitting Dry’l hard and it will go down in no time.

That’s everything you need to know on how to beat Dry’l. Need more help? See Banshee Boss Fight, How to Increase Ammo Capacity, Class Feats.