Home Guides Outriders How to Beat Cremator in Outriders 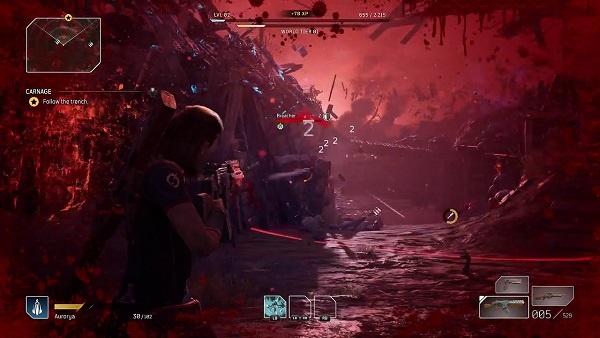 Cremator is one of the first bosses you come across in Outriders. It is an Insurgent equipped with a deadly flamethrower for ranged attacks. In this guide, we will discuss everything you need to know on how to beat Cremator in Outriders.

Outriders: How to Beat Cremator

Cremator takes damage to its head but the best way to beat it is by targeting the gas tanks on its back. When enough damage is done to the tanks they will explode.  If you can’t get behind it, you can create an angle that gives you access to the tanks. Before the Cremator fight, you usually find the Rusty Bull&Eagle 75 which is a great weapon to use in this boss fight.

Technomancer: If you are using the Technomancer class against the Cremator, use Scrapnel to counter its Flame Charge. You can also use Cyro Turret to provide support.

Pyromancer: Get to the side of the Cremator and use Heatwave ability which allows you to interrupt its skill.

Devastator: When playing as the Devastator, use your Earthquake skill to interrupt the Cremator skill. If you fail to blow up the tanks in your first attack, use Golem to protect yourself while Earthquake is on cooldown.

Trickster: Start by using Slow Trap during the Flame Charge to slow down the moment and then create some distance between you and the Cremator before he slams the ground. This gives you a good line of sight on the tanks.