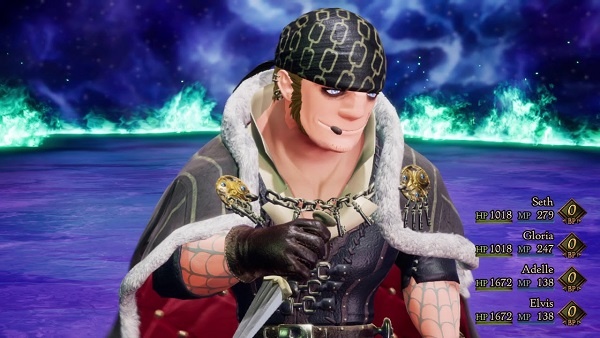 Bravely Default 2: How to Beat Bernard

Bernard is especially annoying because he has the ability to steal from you use his speed to deal serious damage. He also has a large pool for health which makes him a formidable foe overall. Before facing him it is best to raise your level as high as possible or at least to level 20.

Bernard has two companions with him but thankfully, it’s easy to put them down for good. Bernard mainly fights himself. Watch out for his Steal Courage skill which lets him steal BP from you or your party members. Meanwhile, his Godspeed Strike is a lethal move with extreme amounts of damage.

The best way to beat Bernard in Bravely Default 2 is by using spamming the Beastmaster’s Taming command and Capture abilities. Go to the Sewers and grab Minotaurs, get around a dozen of them.

Now, make sure you have 2 Sub-jobs with Beastmaster. You’ll need one White Mage and one Vanguard. Kick off the battle by casting Enrage with the tank to aggro Bernard. Meanwhile, take care of the adds with Black Mage.

Keep your health up by using Protect spells on your tank. If Bernard isn’t defaulting, throw Minotaurs at him. Bernard is weak to Axes and Earth element which makes Minotaurs the best monsters to use against him.

To pull this off it is best to Default until you get 2-3 BP for each of your teammates. And that’s how you beat Bernard in Bravely Default 2. Need more help? check out specialties, how to escape jobs, best passive abilities, how to learn new skills, how to heal.