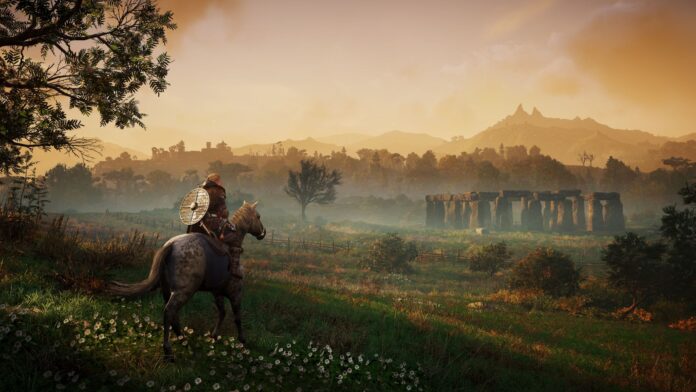 With the release of Assassin’s Creed Valhalla Wrath of the Druids, developers have introduced some interesting new enemies. One of them is known as Balor and I have to say, he is one of the most scary-looking bosses in the game. In this guide, I will discuss everything you need to know on how to beat Balor in Assassin’s Creed Valhalla Wrath of the Druids.

To beat Balor in Wrath of the Druids you need to stay close to his as much as possible. He has a devastating two swing attack but once you get its timing ride, it is very easy to predict which means you can create an opening for yourself.

Dodge into his rear arc and attack his legs. If you are using the Brush with Death Perk, it will slow down time and expands your window of attack.

Balor will often push his sword into the ground to create a pool of light so avoid getting caught it in. It is easy to dodge and you can use your bow to land a few hits while he has his sword smashed into the ground.

Use the time to shoot the weak spot on his back where you can do the most damage. If that isn’t possible, shoot a few arrows in his face.

What you need to watch out for his sword slash and quick rearward. He doesn’t telegraph this move very well so your reflexes come into play here. However, it is still possible to dodge this attack. But even if you get hit, what you need to focus on is closing the distance between him and you. Otherwise, he will use his laser tracking attack.

In that case, run sideways to avoid being tracked and hit.

And that’s all you need to know on how to beat Balor in Wrath of the Druids DLC. Need more help? See Children of Duna locations, new weapons locations, Celtic armor locations.