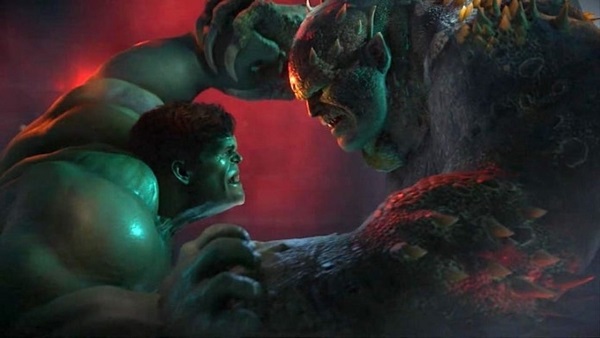 How to Beat Abomination in Avengers – AIM Facility Boss Fight, Tips, Phase 1 and 2

After Kamala Khan gets her hands on the Harddrive, Abomination will show up demanding she returns what belongs to AIM. As soon as Abomination tries to Kamala Khan, Hulk intervenes in the nick of time to save her. After this cutscene ends Hulk and Abomination will go head to head, the battle of two titans begins inside the AIMS facility. The Abomination has 2 phases and each more daunting than the last. You can beat Abomination by using Hulk’s abilities when the time is right and keeping your distance to throw rocks at him. Yes, throwing rocks at him from the distance works if you don’t let Abomination catch you.

How to Beat Phase 1 of Abomination Boss Fight

During phase 1 of the Abomination boss fight, Hulk is on a battle stage with electrified hubs that stun. If you get too close Hulk will get shocked and stunned which gives Abomination the opportunity attack. Avoid being near these devices but try to bait Abomination into getting near the electric device, as soon as he gets stunned, land a few shots and walk away. Don’t get greedy or else Abonimation will punish you with a lot of damage. You can use ranged attacks to make these electric devices. Hulk can put the floor apart which gives him access to giant rocks, use those to make the devices explode when Abomination is near them.

The most dangerous attack in Abomination’s move set is the overhead slam. Use Hulk’s jump or any other method you see fit to avoid this attack. The overhead slam is telegraphed with a red arrow on Abomination’s head so it isn’t hard to see it coming. When Hulk does enough damage a takedown prompt will appear. Perform the takedown to trigger a cutscene that pulls you into phase 2 of this boss fight.

How to Beat Phase 2 of Abomination Boss Fight

In phase 2 of the Abomination boss fight, there will be a green gas around him that does damage to Hulk over time. It is best to stay away from when this green gas surrounds Abomination. When Abomination jumps in the air expect a jump attack. A red circle will form on the ground which tells you where Abomination will land, avoid being inside the red circle. Once again, using ranged attacks is the best trick to beat Abomination in phase 2.