Home Guides How to Alley-Oop in NBA 2K22 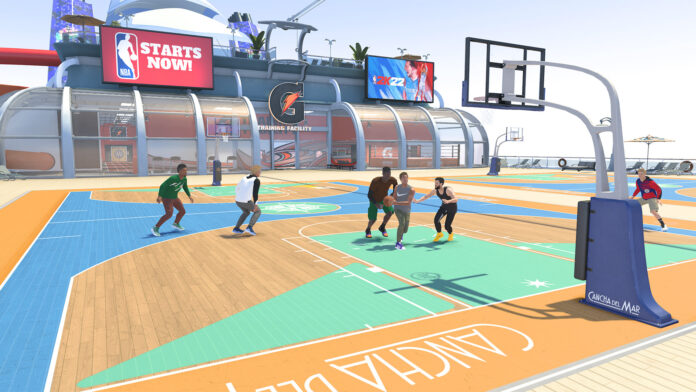 Alley-Oop is a movement mechanic in NBA 2k22 that players can execute between 2 players in the team. In Alley-Oop, one player throws the ball in the air and the other catches it and tries to put it in. This rewards a few extra points if done correctly. This guide shows how you can do an Alley-Oop in NBA 2k22.

NBA 2K22: How to Perform Alley-Oop

The next thing you need to do is ask for it by pressing the triangle button twice on PlayStation and go to the hoop. Similarly, on Xbox, we need to press the Y button twice while cutting through the defensive players and going to the rim.

You should keep in mind that you need a good passer and a good pitcher to pull this off. If the path is clear for the pitcher that is a complimentary spot for your team, and you must keep your timing and angle straight to perform a wonderful Alley-Oop.

This is all that you need to know about Alley-Oop in NBA 2k22. Need more help? See How to Fast Travel, How to Farm VC.