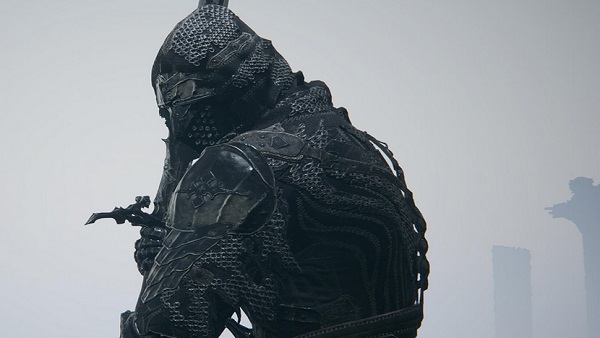 Shells, as the name suggests, in Mortal Shell is an interesting mechanic. Shells are essentially the remains of fallen warriors (belonging to different classes) that are scattered all around the world. While playing the game, you’ll have the choice to interact with a shell and imbibe its playstyle be it class talents, powers, stats, and even weapons. In this Mortal Shell guide, we’ll walk you through everything you need to know about how shells work, their locations, and tips.

How Shells Work in Mortal Shell?

As mentioned earlier, shells can be found out in the open. Most of the time, you won’t even have to go out of your way to find one. After finding a shell, simply interact with it to take it on. This will let you imbibe its stats, abilities, talents, etc.

However, these abilities/talents aren’t unlocked right off the bat. To be able to use them, you first must discover your desired shell’s name by speaking to Awaken Sester Genessa at the entrance of Abandoned Chamber after you’ve defeated the Enslaved Grisha. You’ll also need to have Tar and Glimpses to be able to do so.

Since the game is straight out of FromSoftware’s playbook, if you die in a shell, you’ve got the opportunity to retrieve it from the place where you died at. If you die after retrieving the shell, you’ll have to restart from the last checkpoint. You can also continue to play as the Foundling which is your body without a shell.

And lastly, yes, it’s entirely possible to complete the game without a shell. Doing so, however, is incredibly challenging since your stats without a shell aren’t the best out there. It’s generally a good idea to complete the campaign at least once before ditching the shells entirely. By doing so, you won’t only give yourself quite a challenge but also unlock some interesting lore tidbits along the way.

Harros, the Vassal
Harros should be the first shell that you’ll come across in Mortal Shell. You’ll find it at the very start of the Fallgrim Outskirts before you fight your first enemy at the bonfire. Harros provides the best of defense, offense, and is a good shell for beginners.

Solomon, the Scholar
You need to head over to the Fallgrim Tower and inside the cave where the fight with Grisha takes place. After defeating the boss, you’ll need to head down the slope and inside another hole to fight one more enemy. Defeat the enemy and interact with the shell lying next to the torch to get it.

Eredrim, the Venerable
After finding the previous shell, you’ll need to head inside the hole on the right side of Grisha fight. Continue to stick to your left side and you’ll eventually come to an area with large blocks all around. If you stay to your left, you should be able to find a stairway and the shell just before it.

Tiel, the Acolyte
To find this shell, you need to head over to the room past Awaken Sester Genessa. For those of you who are having trouble finding it, it should be in the same area as Ven Noctivagu – on the right side of the cooking pot. While lacking when it comes to defense, Tiel is incredible when it comes to dodging.

This is all we’ve got in our guide to shells in Mortal Shell. For more help on the game, you can check out our detailed Mortal Shell wiki guides.