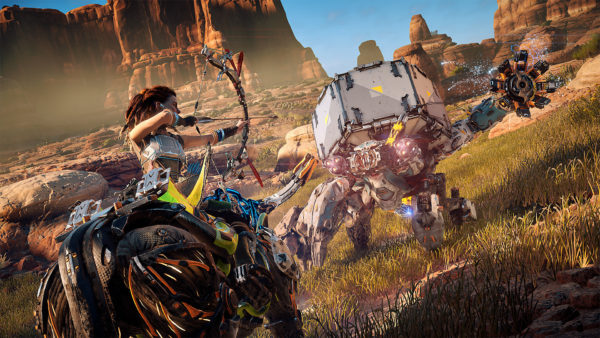 According to Jason, Guerilla Games’ open-world RPG is coming to the Steam and Epic Games stores. Now, the new listing gives weight to his claim. Amazon’s Horizon Zero Dawn PC listing page is pretty barebone but does reveal Sony as the primary publisher of the game.

It is safe to say that if there is indeed a PC version of Horizon Zero Dawn it’ll be bundled with The Frozen Wilds DLC. However, keep in mind that Amazon’s product listing leaks are often nothing more than a mistake. The only thing going in favor of this game listing is Jason Schreier’s previous claim.

In addition to the PC version of the game, Guerrilla Games is working on the sequel. Previously, we reported that the studio is looking for a Senior Programmer for what sounds like Horizon Zero Dawn 2. The way the main story ended in the first game and the commercial success of the product, a sequel is a safe bet.