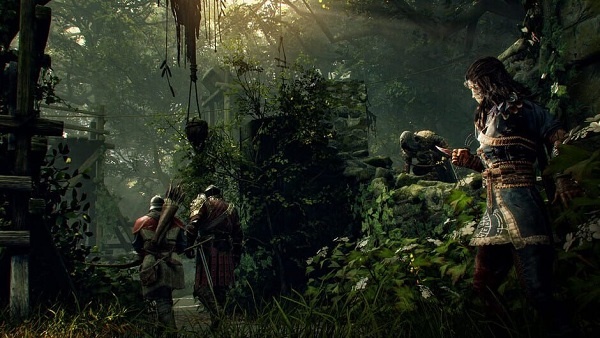 Tooke’s weapon is a Flail. The heavy attacks from it can easily stun-lock enemies and is an incredible zoning tool should the team needs it. These attacks, however, consume a lot of stamina which is why it’s important not to spam them. Another way to constantly replenish stamina is through the trait called Respire which increases stamina regeneration by a lot.

The best thing about Tooke, however, is its ability called Instinct. This ability highlights all the enemies in an area but also heals teammates if they’re in close proximity. The healing effect also works when solo, therefore, don’t shy away from using it if needed! Lastly, Tooke’s also got Poison Grenades that not only blind enemies but also drain their stamina. This is best used before starting a fight or to throw away enemies from chasing.

One important thing to keep in mind though is that the Poison Grenade also drains Tooke’s stamina which is why it’s important to use the Pastoral Aid perk. As for the perks, these are outlined below: