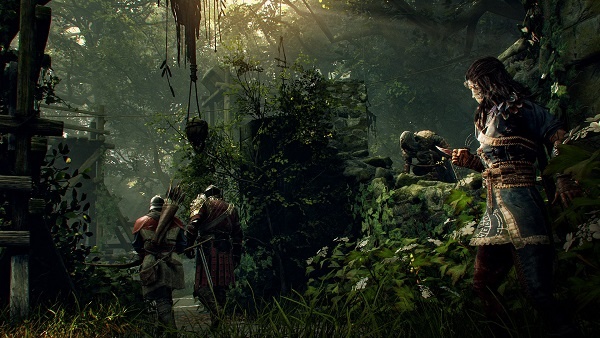 Hood: Outlaws and Legends Stealth: How to Stay Hidden

Bushes protect you from being spotted by enemy guards and also make it much easier for players to see you. It makes it harder for the AI as well as enemy players to see you. Hiding in bushes is much better than running around the map like a headless chicken.

Also, it is best to stay crouched as you move through the bush as standing makes you visible. If guards spot you the entire area will go into lockdown. Guard will come to your position.

Crouching is not only for bushes but in general, you should always be crouched while moving in Hood: Outlaws and Legends. You will make less noise while you’re crouched which means stealth is a given.