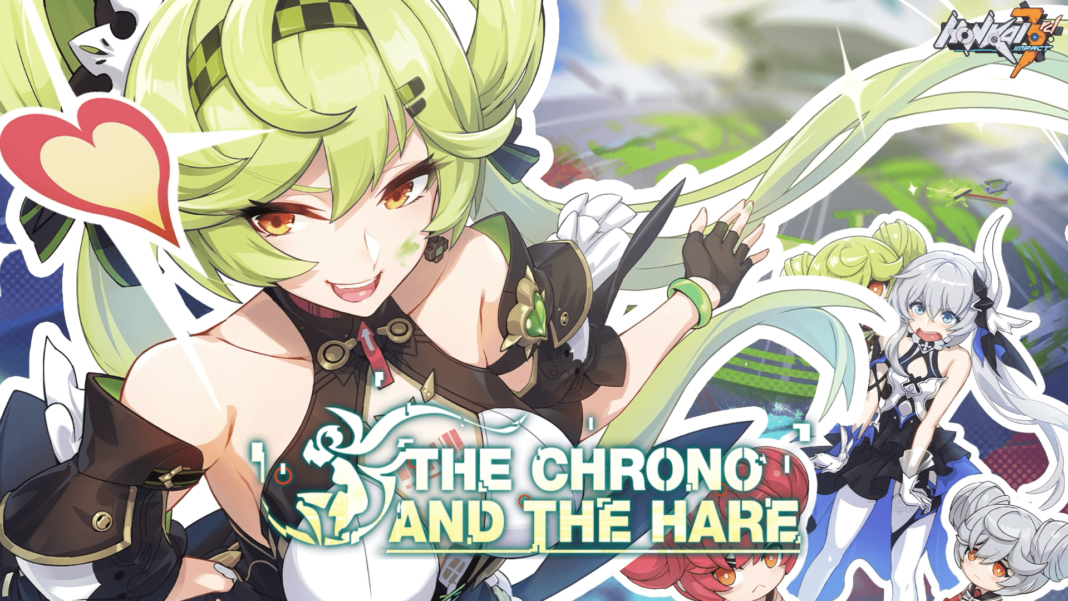 The Honkai Impact 3rd team announces version 6.2, The Chrono and the Hare releases on December 8. Hold tight and don’t be shocked – How come the once cabbage-headed little Ai-chan now becomes the stunning and graceful Miss Administrator? Is she the grown-up Ai-chan, or a totally different person? Captains can join the featured event and fix in-game bugs together with the new SP character, Chrono Navi: Ai Hyperion Λ, to unveil the truth! Besides, the exploration of the moon will continue in the upcoming version, along with new modes to enjoy, beautiful outfits, and bountiful rewards to earn!

Honkai Impact 3rd is set in a modern world corrupted by mysterious energy known as Honkai. A tenacious resistance formed by Valkyries, brave girls carrying anti-Honkai genes, leads humanity in a war of survival and fights for everything that is beautiful in the world. Since its launch on mobile devices, the game has won an international following and frequently topped App Store’s and Google Play’s download charts. The game was ported to PC in late 2019 with cross-save support, and is also available on the Epic Games Store now, making the Honkai-verse more accessible than ever!

This is the first time that Ai Hyperion Λ has been on board. Fingers crossed that she won’t act like Ai-chan and turn Hyperion into a giant mess! The self-claimed Miss Administrator, Chrono Navi: Ai Hyperion Λ is a MECH-type melee fighter dealing Fire DMG, and a chakram-wielding support that battles with agility while providing buffs to teammates.

As an artificial intelligent, she can be exceedingly agile in battle, hurling the chakram like a boomerang and continuously hit enemies. Upon the release of Ai, a featured event: The Honkai Salvation Log will also be launched, where Captains can travel in the digital space with her, seeking the mastermind behind the crisis and fix in-game bugs in Honkai Impact 3rd. Different little Ai-chans will show up in different story areas, each with unique and helpful abilities. Captains can participate in the event and earn piles of rewards including Midnight Absinthe’s new outfit Spectral Raven and more!

As the story progresses in the new version, the nature of Honkai and Project Stigma will gradually be revealed. New challenges are awaiting on the moon! New game modes including artifact system Remains of the Old World and Iron Mirage will also be released by then, enabling players to explore mysterious facilities left behind by an unknown civilization, and also to gain corresponding rewards. In addition, bonuses event Beating Thunder will be available during v6.2.

Captains can complete 4 specific missions to get a Herrscher of Thunder Character Card on the event page! Honkai Impact 3rd v6.2 The Chrono and the Hare will be released on iOS, Android, and PC on Dec 8, 2022.