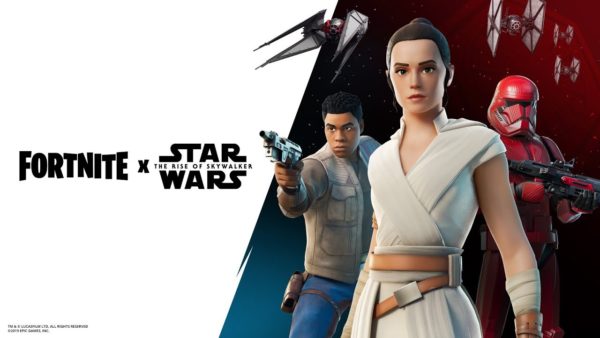 There was a time when Hollywood used to be the dominant entertainment industry across the globe. But that time is long gone and now, Hollywood isn’t even the leading entertainment industry in the United States. The new big dog of the yard is the gaming industry, the market that makes more money and has a bigger audience than music and movies combined.

We all understand the mechanics of advertising, brands go where the mass goes. At the moment, the video games industry is rising and rising fast. In 2018 video games revenue exceeded the global box office. Due to the rapid growth of technology, we are seeing a revolution in how people consume information and entertainment, and this opens up new mediums.

One of the most diverse and accessible mediums is video games. People consume gaming products via gaming computers, mobile devices, arcades, gaming consoles, smart televisions, video game streaming services, and handheld consoles. In addition to simply consuming content and information, the gaming industry revolves around production and socialization. Anyone can pick up a webcam, mic, and a high-speed internet connection to become a streamer. Anyone can easily share their content, have the community engage with it, and build their own communities around it on social platforms.

Developers play their role in this by introducing new events, modes, and more to keep the game fresh and the community interested. Their efforts have opened up new opportunities for brands to market their products in video games.

The leading title to support Hollywood branding is Epic Games’ Fortnite. Epic Games’ battle royale game is ground zero for Hollywood’s new-found interest in marketing its biggest properties; not to say there aren’t other games doing the same but Fortnite leads the pack.

Fortnite and Star Wars have a strong relationship. Fortnite saw the arrival of stormtrooper costumes in-game events, and exclusive events used to market Star Wars: The Rise of Skywalker. The event exposed a younger generation to Star Wars, it allowed Star Wars to be exposed to new demographics. The Fortnite x Star Wars event reached millions of people at the same time.

Before the release of John Wick 3 earlier this year Fortnite x John Wick event went live with new skins, missions, and items for the player to earn. Those unaware of the works of Keanu Reeves or John Wick as a film character branded Reeves as the “Fortnite Guy.”

One of the hottest Hollywood properties is Batman and earlier this year on Batman Day DC brought Batman to Fortnite. The Dark Knight glided into Fortnite with exclusive in-game items, events, and missions.

It is now just Hollywood, major brands like Nike and Samsung partnered with Fornite. The game went as far as hosting a virtual concert by DJ Marshmello earlier this year. The concert was attended by 11 Million gamers and had 38 million viewers across various streaming platforms. DJ Marshmello gained close to 700k Youtube subscribers thanks to the virtual concert.

Fast-food chain wendy’s entered Fortnite by creating in-game avatars and exclusive in-game mission. The activity was streamed on Wendy’s zero follower Twitch account that gained 7400+ by the end of the stream.

Fortnite is providing enormous opportunities for brands, influencers, and even media publishers, who spotted and adopted the trend. In today’s market, where attention span is low, TV viewership is falling, traditional advertising/marketing campaigns aren’t getting the desired results, big brands can’t hope for this level of exposure from anywhere else. One wonders if the advertiser’s interest in video games is why mainstream media is attacking video games, discredit eSports, and making unverified accusations of violence promotion against video games.

Video Games Are Bigger Than Hollywood

“Video games are bad for you? That’s what they said about rock ‘n’ roll.” – Shigeru Miyamoto, Nintendo.

When it comes to entertainment music nor the movies are at the top of the food chain anymore. The battle is over and video games have come out on top. In 2019, the global video games market generated close to $150 billion dollars. All the channels that help brands reach more audiences are bound to get more attention. The gaming market not only reaches billions of users but also generates billions in revenue each year. The video game industry provides brands and marketers an effective platform for innovative campaigns. In the coming years, we will see Hollywood and brands spend more on marketing via video games.