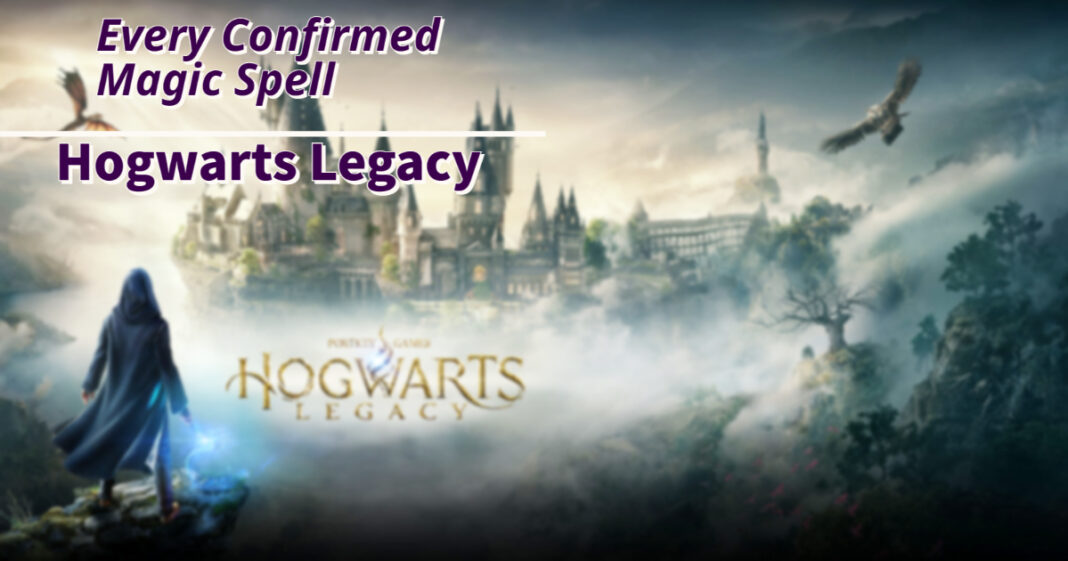 The collaboration between three studios: Warner Brothers Games, Avalanche, and Portkey Games was initially announced 3 years ago in 2020. Releasing next month on the 10th of February,2023 the “Hogwarts Legacy” is set to bring the magical world of Harry Potter to life in an open-world RPG game. A lot of content has been shown as demos and we have our trusty leaks for bringing us further details of the much-awaited game.

While most of the characters will be unrecognizable as Hogwarts Legacy is set in the latter half of the 1800s but the wizarding world is going to be filled with the same elements, settings, and environments that made the fans fall in love with the Harry Potter series. One of the quintessential elements you can look forward to is magic. After all, what is a wizarding world without some ancient magic to go around?

There has not been an official compilation of spells released by the developers but the internet has been hard at work and a list of over 20 confirmed spells has been gathered from social media and trailers for you to look forward to.

The Potterheads out there might already know a lot about these spells in fact they might have their own list of spells they would like to see in Hogwarts Legacy. Not to worry though as the game is bound to have more spells than the ones listed here. Different spells along with Talent and Ability trees have the potential for providing a lot of variation for the player. I, for one, can’t wait.