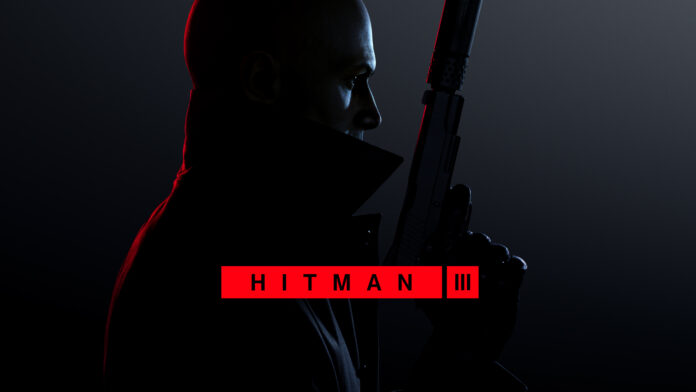 Hitman 3 PC is facing errors and issues like the crash at launch, LS-0013 error, Progression Carryover error, stuttering, in-game crash, and more. Here I have compiled a list of errors and issues that PC players are experiencing with Hitman 3 along with their fixes and workarounds.

Hitman 3 is the latest entry in the franchise that concludes the World Of Assassination arc started in Hitman 2016. Developer IOI interactive has upgraded their tech for the latest title. However, PC players are reporting errors and issues that Hitman 3 like in-game crashes, LS-0013 error, Progression Carryover error, low FPS, stuttering, crash at launch, and more.

LS-0013 is one of the errors that Hitman 3 PC players are experiencing. The fix for this particular error is quite easy. Go to the game’s install folder and right-click the exe > properties > Compatibility tab > uncheck “Run this program as administrator” and hit apply. This will fix the Hitman 3 LS-0013 error.

Hitman 3 faced some backlash over little miscommunication regarding previous Hitman games’ progress carryover. While it has been cleared out and Steam players can carryover their progress to Hitman 3 on Epic Games Store. However, players are facing issues while transferring their progress at the game’s launch like Status: Error. For some players, only half of the items from previous Hitman titles are available while for some the transfer isn’t showing any progress or is showing Status: Error. Fear not, as IOI Interactive has clarified that players are in the queue and the whole process will take some time to complete.

PC players are reporting that Hitman 3 is crashing at launch or not starting at all. There are multiple reasons behind the Hitman 3 crash at launch issue and here are the fixes.

One reason for the Hitman 3 to not launch or crash at startup is the DirectX. The game requires DirectX 12 to run. Make sure your GPU supports DX12 and if not, then you are going to have to upgrade your GPU as without DirectX 12 it won’t launch.

Lack of admin rights is another reason why the game might be crashing at startup. Right-click Hitman 3’s exe > Properties > Compatibility tab > check “Run this program as administrator” and hit apply. This will stop the game from crashing at launch.

Another reason for the Hitman 3 crash at launch issues could be missing files. Go to the game’s install folder and launch the game directly from the exe instead of Epic Client. Chances are you’ll get an error similar to “vcruntime140_1.dll or MSVCP140.dll Was Not Found”. This error can be fixed by installing the latest Microsoft Visual C++ Redistributables both x64 and x86 versions.

Performance is a common issue among PC video games and Hitman 3 is no exception. Players are reporting low FPS, stuttering, and random FPS drop issues with the game and here is how to fix the game’s performance.

First, make sure you have the latest GPU drivers installed. Open Task Manager and check if there is any background process using too much CPU, GPU, or HDD. Also if you have an SSD, then install Hitman 3 on the SSD as it’ll greatly help.

Apply these settings and players should see a noticeable improvement in the game’s performance. Also, see our Hitman 3 PC Optimization Guide to squeeze as much FPS as you can without sacrificing image quality.

PC players are reporting that they are experiencing random in-game crashes while playing Hitman 3. For some players, the game crashes during cutscenes. There are a number of reasons behind these crashes and here is how to fix them.

One reason for the game to crash is the use of third-party tools and software like MSI Afterburner, RGB software, or any mouse and keyboard software. Disable any third-party tool you have installed along with the Geforce Experience overlay. This should keep Hitman 3 from crashing.

The CPU could also be the reason why the game is crashing. If you are playing on an old CPU or a low-end CPU, then make sure there is no background process using it. Open Nvidia Control Panel > Manage 3D Settings > Program Settings > select Hitman 3 > set “Ultra” for “Low Latency Mode” and set “Tripple Buffering” to off. Apply these settings and it should fix the Hitman 3 in-game crash.

Your GPU could also be the reason behind the in-game crash. The GPU is either overclocked or not quite capable of handling the game’s load. If the GPU is overclocked, revert it back to its default GPU clock even if it’s factory overclocked. In case the GPU isn’t overclocked, then it might be old. Use MSI Afterburner to reduce the GPU clock by 100 MHz. If you don’t want to mess with the GPU then try limiting the game’s max FPS to 30. This will reduce the CPU and GPU load and the game won’t crash.

That is all for our Hitman 3 fixes for errors and issues like LS-0013 Error, Progression Carryover Status: Error, crash at startup, and more. If you are facing errors and issues with other PC games or your PC then also see our hub for commonly occurring PC errors and their fixes.