Home Guides Destiny 2 How To Heroic The Crux Convergence Public Event In Destiny 2 Beyond... 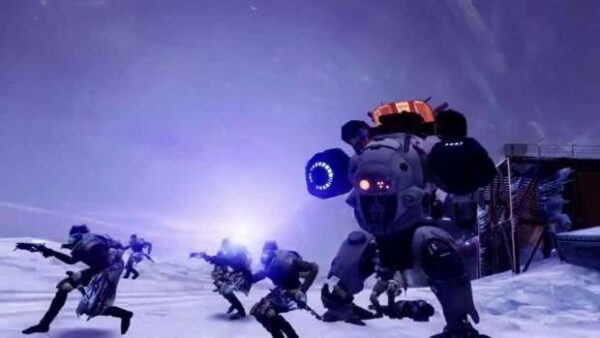 When the event starts you will be notified of the appearance. You will then face off against three Fallen mechs called Brigs. They are shielded so first, you will need to take down the shields by capturing the area below a Crux.

Once you have triggered it, the notification will say Fallen Brigs instead of Crux Convergence. The boss is going to be an even bigger Brig but it is not going to be as big as Insurrection Prime from the Scourge of the Past raid.

You can damage the boss anywhere but removing the faceplate is going to reveal a weak spot where you can deal critical damage. Shooting at this weak spot will allow you to kill the boss much faster.