Home Articles Here Are All PS5 Games Coming To PC 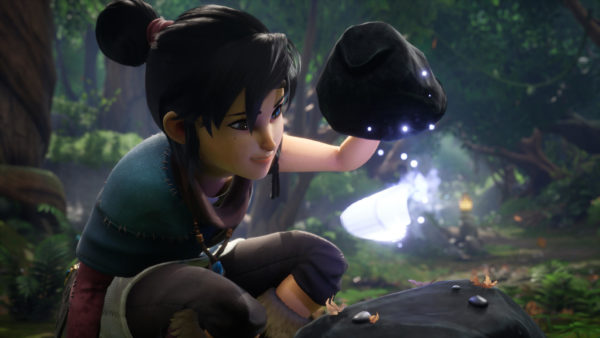 About half of the game announced at the PS5 event in June is coming to PC. Sony announced 26 PS5 games and if you are a PC gamer, the good news is that majority of them will be playable on PC in 2020-21.

Below is a complete list of PS5 games coming to PC.

A brand new adventure from the Octodad: Dadliest Catch creators. Bugsnax is the brainchild of the indie developers known as Young Horses. Bugsnax takes the players on a “whimsical adventure to Snaktooth Island.” The island is home to the half-bug half-snack creatures, Bugsnax. Players can explore and discover 100 species using a range of contraptions and bait.

Deathloop was announced at E3 2019 and is the latest new IP from Bethesda’s Arkane Studios. The players is put in the shoes of a seasoned assassin stuck on the Blackreef island. The entire island is trapped in a timeloop and the only way to break the loop is to hunt down the other assassin’s on the island. Time resets every time you die and in addition to the assassin, there are creatures on the island. You need to use your skills and abilities to take out 8 key targets on the island.

Bethesda Softworks showed Ghostwire: Tokyo gameplay at the PS5 event. The game is the creation of Shinji Mikami and the team working on Tango Gameworks. The next-gen adventure is coming to PS5 and PC sometime in 2021. The game is set in Tokyo where the city is overwhelmed by paranormal threats after an occult event. 99% of the city’s population has disappeared and it is up to you to uncover the mystery and save the city.

One of the most anticipated games on next-generation, GodFall is also coming to PC this year. The hacker slasher takes players on an epic adventure across the exotic vistas the Water Realm and the Earth Realm. There are five different weapon classes and each brings a unique playstyle. You will see a variety of longswords, polearms, warhammers, greatswords, and dual blades. Learn new skills, level up, explode, and face the most devastating enemies known to man. Fight solo, or alongside friends with three-player PvE online co-op play.

You play as Fang an 18-year old dinosaur who is in a band and are mainly focused on the band rather than their graduation. However, they are about to have much bigger problems than finding ways to make the band go viral.  Can fang balance her band and balance her responsibilities during a potential apocalypse? The game features branching narratives, stunning hand-drawn art, and fully voice-acted scenes. Goodbye Volcano High comes with a huge variety of cinematic minigames.

Hitman 3 is coming to PC in January 2021 and takes players to the ultimate destination, Dubai. Those who played Hitman and Hitman 2 can transfer their data over to the third game and continue as their own Agent 47. The transfer of data will result in a pool of 20 plus levels. Moreover, any new unlocks you get in Hitman III will be available in older locations as well. Hitman III will conclude the current chapter of the story.

JETT: THE FAR SHORE is an interstellar expedition to create a future for humanity, humanity haunted by oblivion. You play as Scout Mei,  the first to be deployed to a mythic ocean planet. Go on an exploratory single-player adventure that unfolds in five captivating acts.

One of the most interesting games at the PS5 showcase was Kena: The Bridge of Spirits. The gameplay trailer showed a brief look at the ambitious next-generation games, offering stunning visuals, layered combat, and cute companions. Kena: Bridge of Spirits is one of the games coming to PC this holiday season. In fact, the game is also coming to PlayStation 4. The PC requirements for the game have also been revealed.

Little Devil Inside is a great survival RPG born out of Kickstarter back in 2015 and recently got announced in the PS5 showcase. There is very little known about the game but the official website will be updated as development progresses.

Oddworld is back where the player will Witness Abe’s conflict with machinations. The game features a fresh narrative, a complete story retake inspired by the original game. Oddworld: Soulstorm is a big visual and cinematic jump. Developers are “aiming to break new ground for Oddworld.” The game features intelligent new mechanics, new devices, and more.

Capcom’s new lunar adventure is not a PS5 exclusive. Pragmata is coming to PC in 2022. The game was announced at PS5’s event, a stylish adventure game “set in a dystopian near-future on Earth’s moon.” The trailer gave us very little to work with but it is enough to generate a ton of hype of Capcom’s first new IP in a long time. We will hear more about Pragmata sometime next year.

Square Enix shared its new IP, Project Athia, a completely new and fresh gaming experience that fuses tech with art. Project Athia takes the player on an other-worldly adventure. Square Enix claims Projet Athia is action-packed, and “at times twisted, tempestuous, and forbidding. It is a journey that we want to feel as much yours as it is our.”

Among the biggest announcements at the PS5 showcase was Resident Evil VIII. The game is coming to PS5, Xbox Series X, and PC.  Resident Evil VIII: Village continues where the last game left off. Chris Redfield is back and judging by the trailer, the series seems to be moving past the zombies horror. We now have witches as well as werewolves.

Solar Ash is coming to PC in 2021, the game is created by Hyper Light Drifter creator Heart Machine. There is very little we know about the game, the reveal trailer games us nothing more than a tease of things to come. The trailer suggests that we will get to see elements of Hyper Light Drifter in this gravity-defying title.

If you ever wanted to play as a stray cat, Stray is the game for you. The humans are gone and all that’s left are robots and one tiny cute Stray cat with a backpack. This adventure game is coming to PC in 2021.

For the time being these are all the PS5 games that we know are coming to PC. More titles will be announced for next-generation consoles and PC in the coming months. Most of the games listed above are also coming to Xbox Series X.