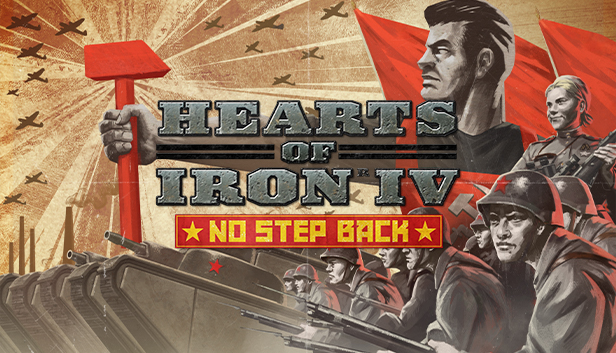 The long-awaited Eastern Front expansion for Hearts of Iron IV, No Step Back is now available. Paradox Interactive’s best-selling grand strategy wargame revamps the deadly struggle for the lands between Berlin and Moscow with new alternate history paths for many nations, major changes to army management, and updates to supply and unit design. You can buy the No Step Back expansion at major online retailers and the Paradox Store for the suggested retail price of $19.99/￡15.49 / € 19.99.

The centerpiece of the expansion is the massive National Focus tree for the Soviet Union, offering a wide range of new options, from reinstalling the Romanovs to embracing a more open democratic regime, as well as the option to keep the strong hand of the Communist Party in control of a nation fighting for its life.

The features for Hearts of Iron IV: No Step Back include:

Hearts of Iron IV: No Step Back is accompanied by a major free update for all Hearts of Iron IV players, including new supply and logistics systems as well as many quality of life changes.