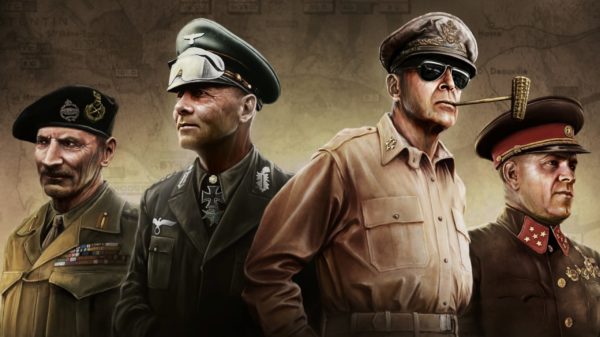 Hearts of Iron 4 PC players are facing errors like Missing Executable, Game Failed To Launch, Access Error To Game Data, crash at startup, black screen, and more. Here I have compiled a list of errors and issues that players are experiencing with the game along with their fixes and workarounds.

Heats of Iron 4 is a popular strategy game developed by Paradox Development Studio. The game launched back in 2016 but, PC players are still facing errors and issues like Steaminitializationfailed, crash at startup, low FPS, Game Failed To Launch, and more.

The following are errors and issues that players are experiencing with the game along with their fixes and workarounds.

PC gamers often face the missing executable error and Hearts of Iron 4 players are reporting the same. According to players, they get the following error.

Your anti-virus software might be blocking the game’s exe or have quarantined it by falsely detecting it as a Trojan virus. To fix this, either disable your anti-virus/Windows Defender or exclude the game’s install folder from it. Then verify game files and the Missing Executable error will be fixed.

Hearts of Iron 4 players are experiencing either steaminitializationfailed or Game Failed To launch error. The fix for these errors is simple. Delete the game’s launcher.

Go to the Steam and launch the game. Steam will then reinstall the launcher and the error will be fixed. To delete the launcher navigate to the location mentioned below and delete them.

This is another error that a lot of Hearts of Iron 4 players are reporting. This one is being caused by Windows Defender. Disable real-time protection in Windows Defender or exclude the game’s install folder from it. If you are using any third-party anti-virus, then do the same for it too. This will fix the Access Error To Game Data error with Hearts Of Iron 4.

Some Hearts of Iron IV players are reporting that they are getting the following error.

If it isn’t installed then navigate to “Steam\steamapps\common\Steamworks Shared\_CommonRedist\vcredist\2015”. Install both x64 and x86 versions. If it isn’t available in the folder I just mentioned then you can install it by either updating Windows or download it. If it’s already installed then uninstall it completely and reinstall it.

Missing .dll files is a common issue among PC video games and Hearts of Iron 4 is no exception. The following are the .dll files that players are reporting as missing.

The fix for these missing files is a simple one. Download and install the latest Visual C++ Redistributables and these errors will be fixed.

Hearts of Iron 4 players are reporting that the game crashes at startup. Here are a few fixes that’ll help you resolve the issue.

One reason for the game to crash at startup is the lack of admin rights. Right-click on the game’s exe > Properties > Compatibility tab > check “Run this program as administrator”. Apply the change and the game won’t crash at launch.

If the issue persists, then the issue might be an outdated OS. Update your OS to the latest version, especially, if you are using Windows 10. Games and apps require the latest build of Win 10 and an outdated OS can cause Hearts Of Iron 4 to crash at launch.

Using third-party monitoring software like MSI Afterburner or GeForce Experience can cause the crash at startup. Disable any third-party utility you are using and the game will stop crashing at launch.

Black Screen at launch is a common issue with PC video games and Hearts Of Iron IV is no exception. Players are reporting they get a black screen when they launch the game while they can hear the audio in the background.

To fix this, launch the game and when the black screen appears, press “Alt + Enter”. The game will go into Windowed mode and will start to display. Go to the video settings and set a resolution that is native to your display and you’ll be able to play the game in fullscreen.

Performance issues are common among PC video games. Hearts Of Iron 4 players are reporting low FPS and stuttering issues with the game. First, make sure you have installed the latest GPU drivers and there is no background process using too much of your GPU, CPU, or HDD.

If the game is still stuttering then follow the steps mentioned above but set Vertical sync to “Fast”. This will not only fix stuttering but, will also provide a potential boost to performance if you have a moderate enough CPU and GPU.

That is all for our Hearts of Iron 4 fixes for errors and issues like Black screen, missing executable, the game not launching, and more. If you are facing errors and issues with other PC games or your PC then also see our hub for commonly occurring PC errors and their fixes.