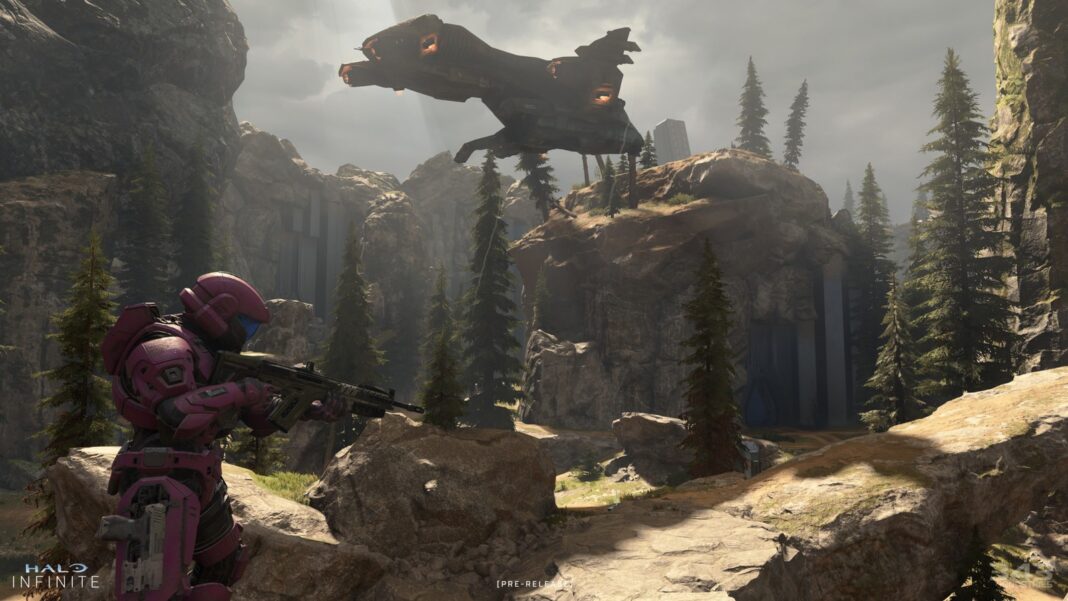 Halo Infinite is the latest entry that has resurrected the love of the Halo franchise. Developer 343 Industries have done a great job capturing the feel of original Halo games and incredible visuals. Despite that, Halo Infinite PC players are experiencing errors and issues like DirectX 12 error, incompatible operating system error, Error 0xe343000a, KERNELBASE.dll, crash at launch, mfplat.dll is missing, CPU Unsupported, stuttering, and more. Here I have compiled a list of errors that PC players are experiencing along with their fixes and workarounds like how to fix Halo Infinite crash at launch, how to fix DirectX 12 error, and more.

Halo Infinite’s multiplayer dropped as a surprise almost three weeks before its official launch. The beta set some strong expectations and the final game has delivered upon it. Since Halo Infinite is primarily a multiplayer game, developer 343 Industries made 60 FPS their target and have delivered upon it too. The game’s optimization is really good on PC and all Xbox consoles.

Despite that, Halo Infinite PC players are reporting errors and issues DirectX 12 error, incompatible operating system error, Error 0xe343000a, KERNELBASE.dll, crash at launch, CPU Unsupported, mfplat.dll is corrupt, stuttering, and more. The following are the errors that PC players are experiencing with Halo Infinite along with their fixes and workarounds.

Halo Infinite PC players are reporting that they are unable to play the game as they get the following error.

The error is self-explanatory. Just update your Windows 10 to the latest build. Open Settings > Update & Security > Check for updates. Allow the OS to download and install updates. The PC might need a restart after the update. Once the update is done, launch Halo Infinite and the issue will be fixed.

Halo Infinite PC players are reporting that the game is crashing at launch or not starting at all. Here is how to fix Halo Infinite crash at startup.

Before we start with the fixes, make sure you have a GPU that supports DirectX 12 as Halo Infinite only runs on DX12. This means Nvidia GTX 700 series or older GPUs won’t be able to run Halo Infinite. Also, make sure your operating system is Windows 10 64-bit and updated to the latest version.

Apparently, a lot of Steam players are reporting the Halo Infinite crash at launch issue. Many of them reported that launching the game through the Xbox PC app fixes the issue. This means you’ll have to download the Xbox app through the Microsoft Store and download Halo Infinite again to play it.

Your anti-virus or Firewall could be blocking the game and causing the crash at launch. Allow Halo Infinite’s exe through the firewall and if you are using an anti-virus, disable its real-time protection or exclude the game folder from it, I recommend the latter. After that, verify the game files, launch Halo Infinite, and it won’t crash at startup anymore.

Halo Infinite PC players are experiencing DirectX 12 errors and here is how to fix them. First of all, make sure your GPU supports DirectX 12, otherwise, the game won’t work.

However, PC players are reporting that they are experiencing the following DirectX 12 errors despite having GPUs that support DX12.

Could not find compatible Graphics Device due to the following missing feature: Hardware Tiled Resources Tier 2. Please ensure you have a DirectX 12 compatible graphics adapter and have installed the latest drivers provided by the manufacturer.

Update your GPU driver and if that doesn’t fix the error, download and install the latest DX12 files. This will fix the Halo Infinite DirectX 12 errors.

Your operating system might not be updated and is causing the error. Update your Windows 10 OS to fix the mfplat.dll missing or corrupt error.

Another fix for the error is to open CMD(Command Prompt) and run it as administrator. Type sfc /scannow and press enter. Let the scan complete and repair any corrupted files.

Some Halo Infinite PC players are reporting the CPU not supported SSSE3 error at launch but, are able to play the game. While the game does recommend a CPU with an SSSE3 SIMD instruction set but, it’s not a requirement. You’ll b able to play the game, however, without the SSSE3 support, you’ll be losing some FPS.

A lot of Halo Infinite PC players are reporting the 4GB VRAM Error when they launch the game. As I have mentioned above, if you have a GPU with less than 4 GB VRAM, the game won’t work. The only way to fix this error is to upgrade the GPU.

A lot of players are reporting that they are unable to play Halo Infinite as they are unable to log in to their Microsoft or Xbox account that the game requires. Some players tried to log in with the wrong e-mail and the game won’t let them change it or won’t even let them change the account. One possible fix for this issue is to log out of their Microsoft or Hotmail account from every app like Xbox including Windows 10 itself. Make sure you leave no app that has your Microsoft account logged in. Restart your PC and launch Halo Infinite. This time the game will probably give you the option to log in with another email or account.

Halo Infinite PC players are experiencing the following error and are unable to play the game. Here is how to fix error 0xe343000a or KERNELBASE.dll error.

Apparently using a controller, specifically, Xbox 360 controller causes this particular error. Unplug the controller and the error will be fixed and Halo Infinite will launch.

Another reason behind the Halo Infinite KERNELBASE.dll error or 0xe343000a error is the Windows 10 Game Mode. Disable it and the issue will be fixed.

Halo Infinite PC players are reporting that the game is crashing while playing and here is how to fix it. Using third-party tools and software like MSI Afterburner or RGB Software can cause the game to crash. Disable any third-party software you have installed and also disable in-game overlays like GeForce Experience Overlay or Steam Overlay. This will stop Halo Infinite from crashing.

First, make sure you have installed the latest GPU driver and there is no process in the background that is using too much CPU, GPU, or HDD.

Apply these changes and players will see a noticeable improvement in Halo Infinite’s performance and the stuttering will also be fixed.

That is all for our Halo Infinite fixes for errors and issues like DirectX 12 error, incompatible operating system, crash t startup, CPU unsupported SSSE3, KERNELBASE.dll error, and more. If you are facing errors and issues with other PC games or your PC then also see our hub for commonly occurring PC errors and their fixes.