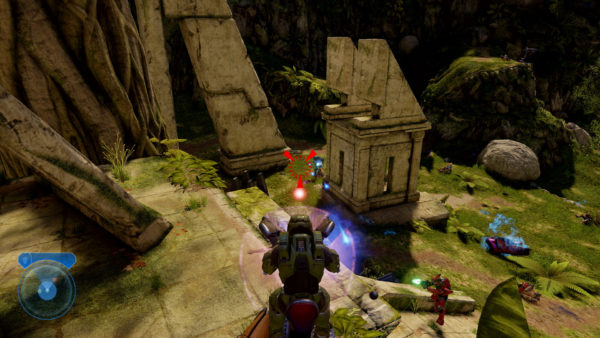 Halo 2 Anniversary comes with 6 BLAST Soda cans ready to be searched and found at various locations. Unlike Toys and Terminal locations, you can only find the soda cans on certain multiplayer maps available in the Anniversary Edition of Halo 2. Halo 2 Anniversary Edition comes free as part of the Halo Master Chief Collection. If you manage to find all BLAST Soda Cans in multiplayer mode, you will unlock the Blastacular achievement.

Where to Find All Halo 2 Anniversary BLAST Soda Cans Locations

The best and easiest way to unlock the achievement by collecting all 6 BLAST Soda Cans is the custom games. However, you can do it in any other multiplayer mode. What you need to keep in mind is that you must only select maps that do not say “Anniversary.” You will be able to find all cans but they won’t trigger the achievement in question.

Head over to the gravity lift tower and when at the door turn around facing the icy wall. Shoot the icicle in the middle then use the sniper rifle to zoom and search for the can. Once you find it, shoot it.

Go to the small tower and jump on the blue crate that has a bunch of green barrels around it. Move to the right edge of the crate and take out the sniper rifle. Zoom in at the bottom section of the tower to search and blast the Scan.

Go in the large base and reach the center. You will find some crates in the middle covered with a blue tarp. Jump on top of the crates and look between the two boxes at the top where you should find a can. Shoot it.

Go to the blue base on this map and go over the three rocks close to the base and stand in the middle. Face the base and use the sniper rifle to zoom on the background, above the trees to the left. You will find the soda can at the faraway edge.

Go to the Gold Alter and locate the rock sitting in the right corner. You will find the rock in the can.

Take the sniper rifle and go to the spawning location at the Covenant Carbine near the shrine. Look to the left and locate the faraway structure in the wall. The final BLAST Soda Can be required to unlock the achievement is at the highest point of the structure.