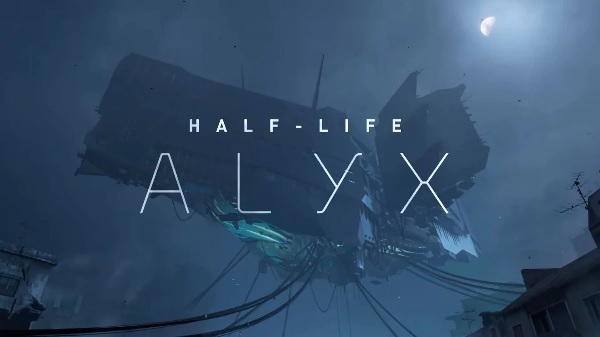 Half-Life Alyx PC is facing errors like Steam VR Failed To Initialize, crash at launch, stuttering, game stuck at leading screen, Low Available GPU Memory and more. Here I have compiled a list of errors and issues that players are experiencing with the game along with their fixes and workarounds

Half-Life: Alyx is a flagship VR game that really does justice to virtual reality potential. While fans of the franchise want Half-Life 3, but Alyx is an excellent addition to the franchise.

Not only that, Valve has made sure that it’s a well-optimized game as it runs quite well on a mid-range system. Despite that, Half-Life Alyx is facing issues and errors like Steam VR Failed To Initialize, crashing at startup, Stuttering, Low Available GPU Memory and more.

Players are reporting that Half-Life Alyx is crashing randomly while playing. The issue might be related to Windows Virtual Memory. You either need to increase it or need to check the option so that Windows automatically allocate it.

Here is how to do it. Open Setting > type “performance” in the search bar > select “Adjust the appearance and performance of Windows” > Advanced tab > click “Change” under Virtual Memory. A new small window will open. if “Automatically manage paging file size for all drives” is unchecked then just check it and press ok.

If the option is already checked then uncheck it and allocate custom virtual memory and make sure it more than what the automatic option was using. Start Half-Life Alyx and the crashes will be fixed.

Another fix for this random crashes issue is lowering the graphical quality. If you have Geforce Experience installed, then use that to use optimal settings for your system.

Missing game files is another cause for the game to crash. Verify game files and if they are missing, Steam will download them. This will resolve the issue.

Half-Life Alyx players are reporting that they are experiencing low FPS or stuttering despite having a more than capable PC. Performance is often an issue with PC games and despite being well-optimized, Half-Life: Alyx is facing these issues. Here are a few things that’ll help you.

First, make sure to install game-ready drivers and there is no background process using too much of your HDD, CPU, or GPU. Terminate the process if it’s using more than 25% of the CPU.

Open Nvidia Control Panel > Manage 3D Settings > Program Settings. Select the game from the drop-down menu or add it if it isn’t in the list. Go through the options and make the following changes.

Start the game and disable in-game v.sync. This will not only resolve the stuttering but will potentially give you an FPS boost.

Players are reporting that they are unable to play Half-Life Alyx as the game is stuck on the loading screen and never loads up the level. First of all, make sure you have installed the latest GPU drivers, specifically the Game Ready drivers. Start the game and the issue should be fixed.

If the issue persists then Windows Virtual Memory might be the reason why the game isn’t loading. Follow the steps mentioned under “Crash Fix” to either increase the virtual memory or let Windows automatically manage it. Once you have done that, verify the game files. Start the game and it should load the level.

Some players are reporting that they don’t get any sound while playing the game. Windows Sonic For headphones might be the issue. Right-click on the sound icon in the bottom-right of the desktop > Spatial sound > Off.

There is another way to do it. Open Settings > System > Sound. Click on “Sound Control Panel” to the right. Select your active audio device > properties > Spatial Sound tab > select off from the menu. Apply the change the start Half-Life Alyx, it should run with audio.

Players are reporting that even with an RTX 2080 Ti they are getting the “Low Available GPU Memory” error. This isn’t’ a critical issue as the players are still able to play the game. Apparently, this error popping is a bug for some players. If you have a powerful system then you can increase the graphics quality without a dip in performance.

Players are reporting that when they start the game they get the “STEAM VR FAILED TO Initialize” error with ERROR CODE VRintError_init_ PathRegistryNot Found Installation path could not be located” error.

This error is probably popping up due to Steam VR not being installed. Just install it and the issue will be resolved. If Steam VR is installed then chances are you haven’t updated it. Update Steam VR and the error will be fixed. If the error persists then delete and reinstall Steam VR.

Players are reporting that Half-Life Alyx either doesn’t launch at all or jut crashes upon startup. Here are a few fixes that’ll help you with the issue.

One reason why the game is crashing at launch might be the anti-virus software or Windows Defender detection the game’s exe as Trojan. Either disable your anti-virus or exclude Half-Life Alyx’s install folder from your anti-virus and the issue will be resolved.

Lack of administrative rights is another reason for the game to not launch. Right-click on the game’s exe > properties > Compatibility tab > check “Run this program as administrator”. Apply the change and start the game. It should launch without crashing.

Using third-party monitoring software like MSI Afterburner or GeForce Experience can also cause the game to crash at launch. Disable any third-party software you are using and the game will start without any crash.

That is all for our Half-Life Alyx fixes for errors like stuttering, Steam VR Failed To Initialize, game crash and more. If you are facing error and issues with your PC the also see our hub for commonly occurring PC errors and their fixes.